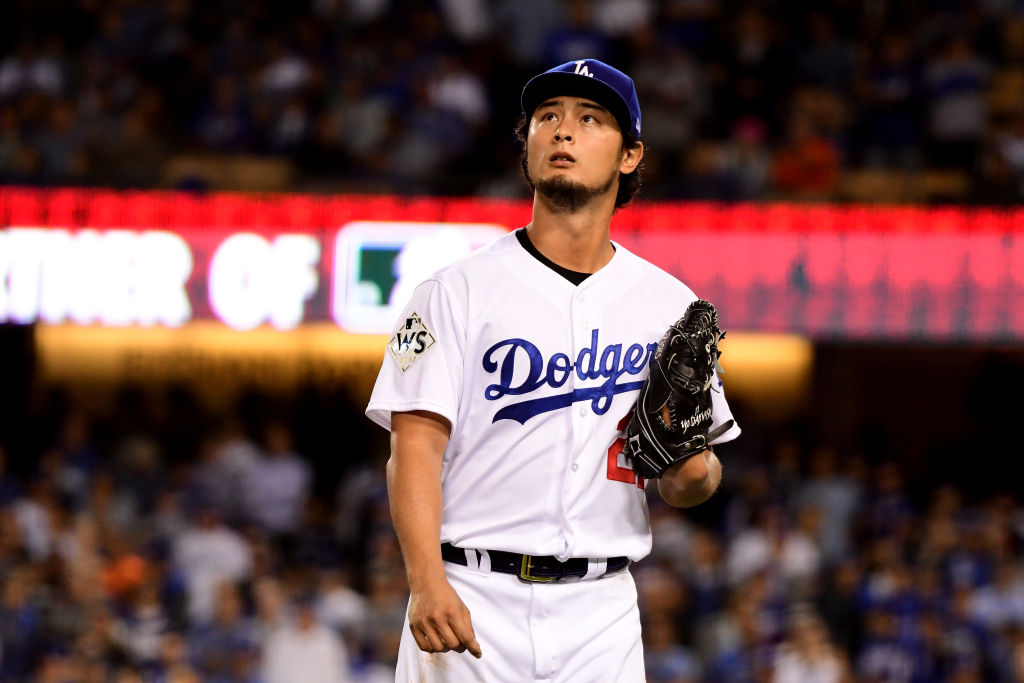 Both Yu Darvish and Lance McCullers Jr. had little room for error and were forced to pitch on a short leash heading into Game 7 of the World Series on Wednesday, but no one could have predicted exactly how short their outings would be.

Neither pitcher was sharp, which was evident as soon as the game began, but the difference was that the Astros made Darvish pay for his mistakes, while the Dodgers could not muster any runs off McCullers.

Darvish was tagged for three hits and five runs (four earned) in only 1 2/3 innings of work. He failed to record a strikeout, and walked a batter as well. McCullers, to his credit, was a bit better, as he also gave up three hits, but struck out three batters. However, he somehow managed to hit four batters, which broke the previous record for hit batters in a World Series game (three).

McCullers did do a good job working out of jams by getting the Dodgers to swing and miss on some pitches out of the zone, which resulted in him leaving the game with his opponent still held scoreless. The problem is that he pitched for only 2 1/3 innings until being pulled by Astros manager A.J. Hinch.

It marked the first time in World Series history that neither starter pitched out of the third inning, a record that may not be broken for a long time.  Social media, as you might imagine, featured some great reactions to the pitching woes in the game, and here are some of the best tweets posted during Game 7.

We’ll start with the ones involving Darvish.

Yu Darvish in six career post-season starts: 5.81 ERA. Not an ace. Don’t use the small-sample excuse.

Lol Yu Darvish is going to need a police escort out of the stadium tonight. #WorldSeriesGame7

Yu Darvish? More like Yu Garbage am I right?? pic.twitter.com/cWYOv53Lht

By reading @astros body language in the box and their approach against Darvish, perhaps he was tipping pitches. Astros' hitters capitalized.

Dodgers had best intentions when they traded for Darvish, but no matter what happens rest of night, he's been a bust…

That could be an expensive outing for Darvish. Headed into free agency and he had two very rough starts in the World Series.

The tweets about McCullers didn’t disappoint, either.

*me, sitting on the couch in my living room*

*gets hit by a Lance McCullers fastball*

ME: What the hell, Lance.

Lance McCullers Jr. is the first pitcher since Jack Morris in 1991 to start a World Series Game 7 and not allow a run.

I know McCullers was far from sharp, but with a 5-0 lead and this bullpen, I think Hinch should've stuck with his starter a bit longer.

The outcome of a Game 7 rarely is predictable, but Wednesday’s pitching woes really left MLB fans and analysts wondering how these pitchers turned in such short outings.