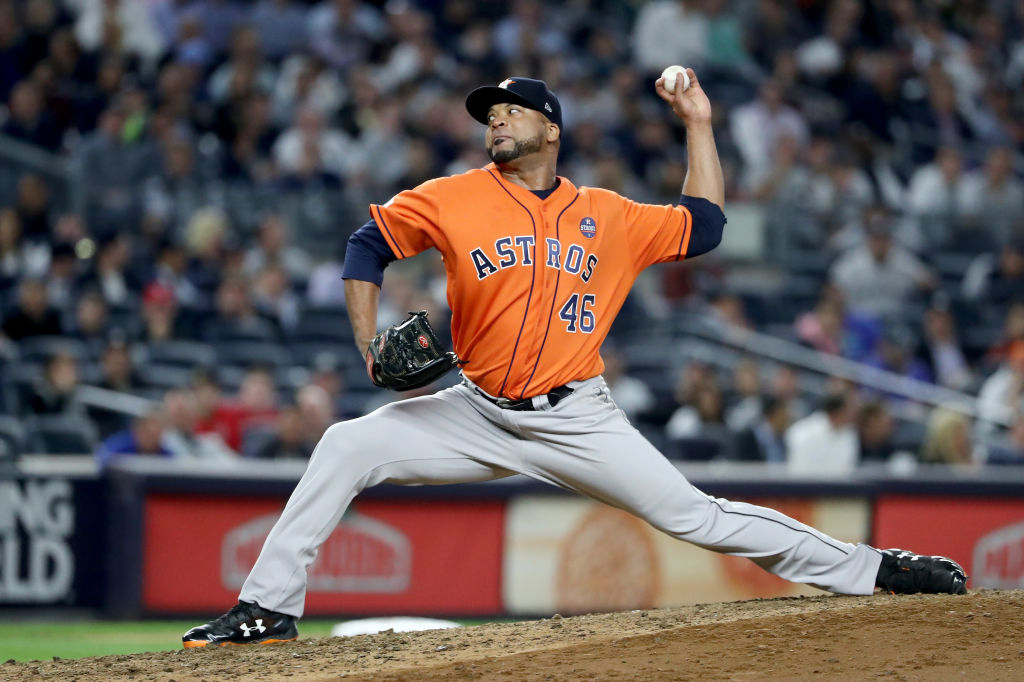 In looking at Astros manager A.J. Hinch’s bullpen management, it sure looked like the team’s plan after they fell behind 3-1 in the seventh inning of Tuesday night’s World Series game was to save their quality pitching arms for a potential Game 7.

Of course, if the Astros had been able to tie or take the lead, then maybe Hinch would’ve gone with one of his more “reliable” arms to follow Justin Verlander, who exited in the previous inning, leaving his team with a 2-1 deficit. Although, it’s important to note that most of the team’s relievers have been anything but “reliable” during the World Series, so it’s been bullpen by committee for Hinch in the past few games.

The Astros manager rolled with Joe Musgrove to replace Verlander, which resulted in a Joc Pederson home run in the seventh. Luke Gregerson then did a good job of recording two outs in the eighth, and Hinch then got a bit creative in trying to close out the inning.

With one more out to go to potentially finish off the Dodgers for the night — unless the Astros could tag Kenley Jansen for two runs in the ninth inning, which they were not able to do — Hinch looked to a veteran pitcher who has pitched in some big games in his career. 34-year-old Francisco Liriano entered the game with two outs in the eighth, and Twitter users had some great reactions to the surprising move.

Here are some of the best tweets about a pitcher who’s played on three teams in the past two seasons appearing in a potential World Series-clinching game.

This series has a good cast of "wait, they're still in the league?" guys: Ethier, Utley, Liriano, Beltran

fransisco liriano came into the league when i was in 7th grade. im going to my 10 year high school reunion this month.

Seeing Tony Watson and Francisco Liriano have an impact in the World Series makes me hate Bob Nutting even more. @Pirates SPEND MONEY!

Watson the winner tonight. Liriano with a great World Series debut. And Charlie Morton gonna get the win tomorrow. #FormerPirates.

Carlos Beltran batting for Francisco Liriano woulda been trouble in 07.

Liriano turned out to not be a disaster

And that Francisco Liriano will relieve him with Luke Gregerson to close… https://t.co/PiaUiDWC09

No. The pitching held up their end of the deal. Even Liriano. The bats are responsible for the loss. Still waiting for Reddick to R-A-K-E.

To his credit, the 11-year veteran got ahead of Cody Bellinger by two strikes and eventually struck the Dodgers’ slugger out on nine pitches, so Liriano did his job. The Dodgers, however, emerged victorious and forced a Game 7 with some timely hitting against this postseason’s most dominant pitcher.