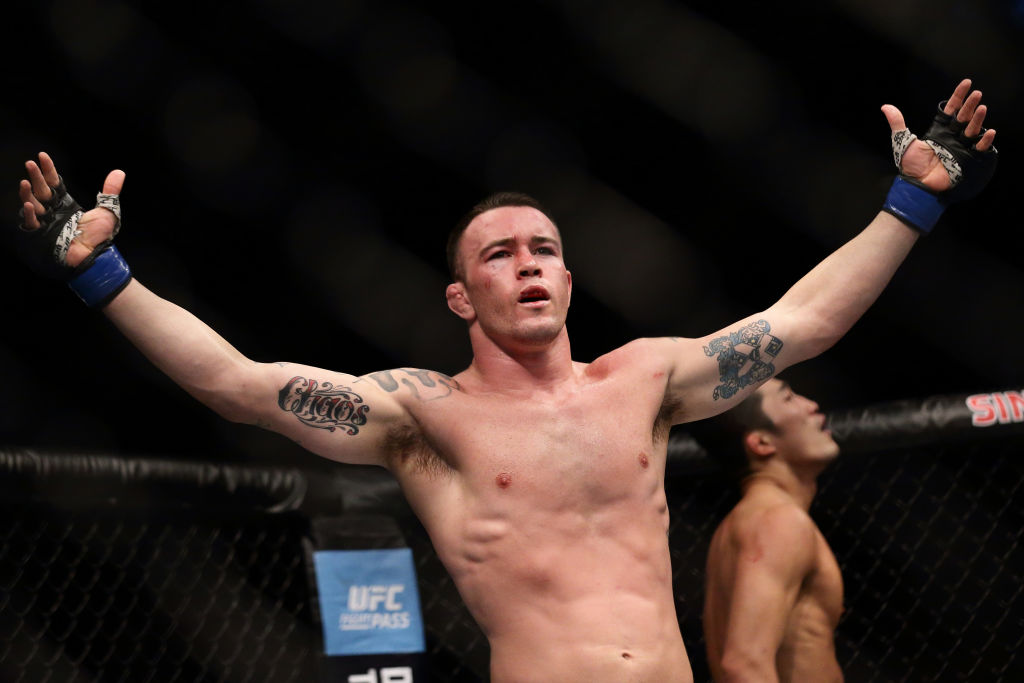 A reputation of a fighter rises and falls after each UFC event like an ocean’s tide.  Put on a memorable performance, and bigger and better opportunities are on the horizon.  Drop the ball, and back to the end of the bench you go.  So who grew their reputation most at UFC Fight Night: Brunson vs Machida?  Colby Covington

The UFC returned to Brazil over the weekend with an action-packed card in Sao Paulo. In the main event, Lyoto Machida returned from a USADA suspension against Derek Brunson. The co-main bout pitted former title challenger Demian Maia against up-and-comer Colby Covington. Pedro Munhoz put on a fantastic performance against dangerous Rob Font, and Vicente Luque got back in the win column after demolishing undefeated Niko Price. Looking back on the card, which fighter’s “rep grows bigger”?

This week’s card has a few choices but if you watched the event, you’d understand why I have to go with Colby Covington. Covington (12-1) brought out something in Demian Maia we had never seen before. Covington talked so much trash before this fight that Maia seemed like he just wanted to put hands on the American. The first round was a sloppy slugfest between the two fighters. Maia tore up Covington’s face in the first round on the feet but in turn exhausted himself with punches. The tide began to turn by the middle of round two and Colby started running away with it, battering and bloodying the exhausted Brazilian to a unanimous decision victory. Following the fight, Colby proceeded to unleash a WWE style promo instead of answering Daniel Cormier’s post fight questions. Although Covington’s comments were offensive to some fans, he absolutely sky rocketed his stock in the welterweight division with his choice words for the Brazilian fans. If you said Covington was next in line for a title shot a week ago, the MMA community would’ve said you’re crazy. That is no longer a crazy statement, that’s why Colby Covington’s “rep grows bigger”.

No translator needed. Colby Covington, let us know how you really feel about Tyron Woodley and Brazil. Good grief! https://t.co/MtLOLyBwGv