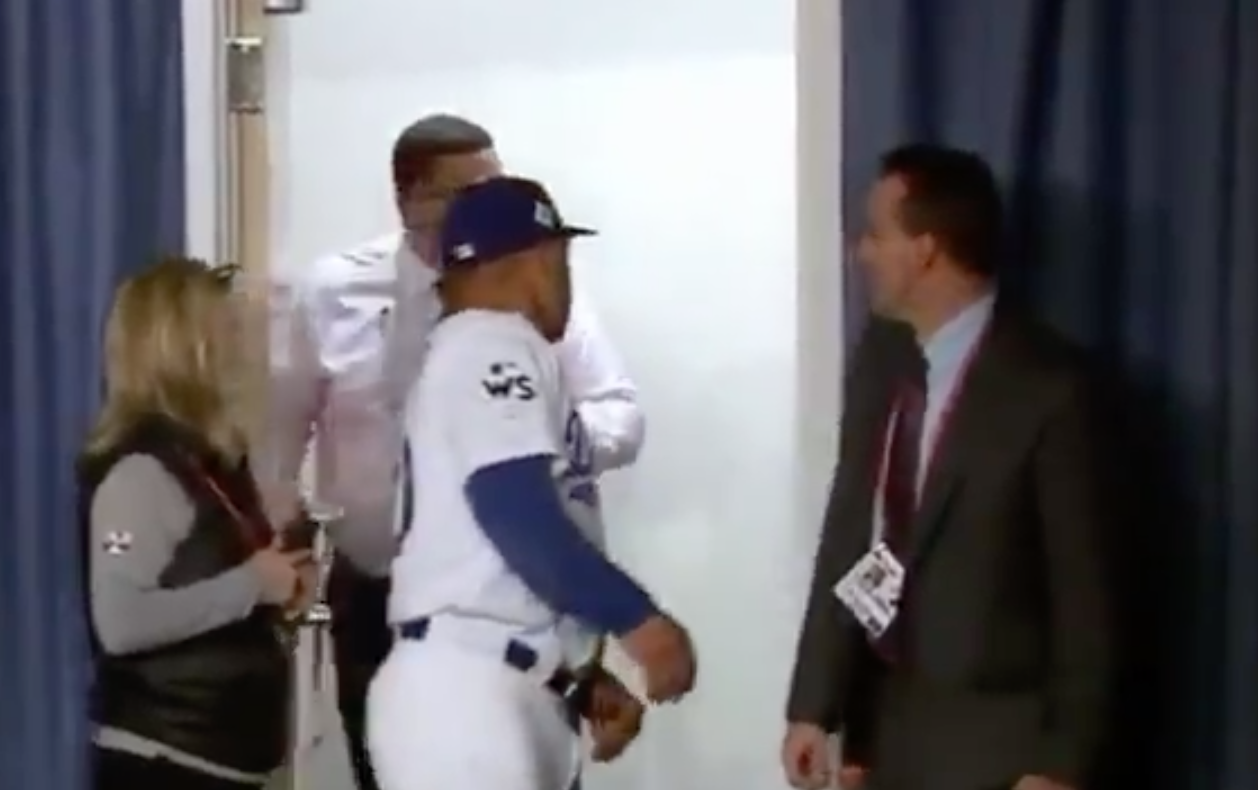 Former Dodgers manager Tommy Lasorda knows a thing or two about winning, that’s for sure.

Lasorda, who managed the team from 1976-96, helped lead the Dodgers to two World Series titles, and he knows what’s at stake in Game 7 on Wednesday night.

He made sure to remind current manager Dave Roberts to keep his eyes on the prize heading into the final game of the 2017 MLB season, with a funny one-liner he delivered as Roberts prepared to speak at his postgame press conference following Game 6.

“You haven’t done sh– ’til you win tomorrow!” Lasorda said to Roberts, which led to the room erupting in laughter.

Roberts once won a World Series title himself (2004) — helping his Red Sox come back from a 3-0 deficit in the AL Championship Series in doing so — so he certainly knows what’s at stake on Wednesday night.