Your Morning Dump... Where the Celtics are defending and so is Kyrie 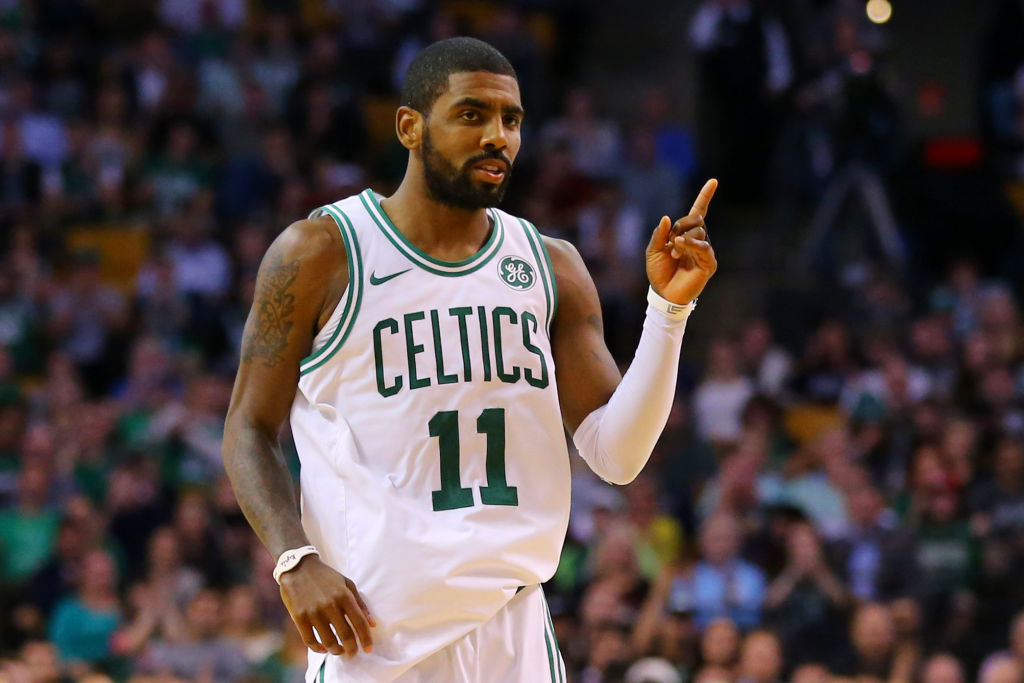 Your Morning Dump... Where the Celtics are defending and so is Kyrie

In six seasons with the Cavaliers, Irving’s defensive rating (number of points per 100 possessions with him on the floor) was 109.

This season, his defensive rating is 97. And Irving, who has never averaged more than 1.5 steals in any season, is third in the NBA with 2.43, a testament to guessing right more often and his increased effort and improved positioning.

“Aw man, it’s our staple,” Irving said of the defense. “Our defense sometimes has to be our best offense when we’re not able to score on certain possessions. We understand that, but when you have the luxury of having some of the guys out here that have the length and the defensive understanding, it makes our jobs a lot easier to go out and execute on that end of the floor.”

Woo-hoo! Kyrie Irving is playing defense. It’s a scenario we all hoped would materialize when the Celtics acquired the star guard from Cleveland.

It’s pretty simple. Isaiah Thomas’ defensive woes are a result of size and that’s never going to change. It appears Irving’s liabilities on defense are a result of effort and that has changed (so far).

The entire team is defending like it’s 2015. Aron Baynes is a god-damn monster. I can’t believe I was critical of his signing (but I swear he never played like this when I saw him in Detroit). Jayson Tatum leads the team in blocks (although they come in bulk – 8 blocks in 3 games, 0 blocks in 4 others).

When Hayward went down, most of us wrote of fany chance of making it to the Finals. But if the C’s defend like this….

PS – Not to nit-pick Gary Washburn, but according to NBA.com/stats Irving’s Def Rtg is 94.3,

On Page 2, Jaylen Brown and Terry Rozier will be back next season.

The Boston Celtics announced Tuesday they picked up the team options for both Jaylen Brown and Terry Rozier. Both options will go into effect with the 2018-19 season.

According to Spotrac, Brown will earn a little over $5.1 million, while Rozier will receive roughly $3 million.

Eight million dollars for those two guys is freakin’ bargain.

Meanwhile, the 3rd pick in the 2015 draft will have a new home next year. The Sixers declined the option on Jahlil Okafor. What a waste. And to think Danny Ainge was criticized for taking Rozier at 16.

To be honest, I wouldn’t be surprised if this normal garb for Baynes.