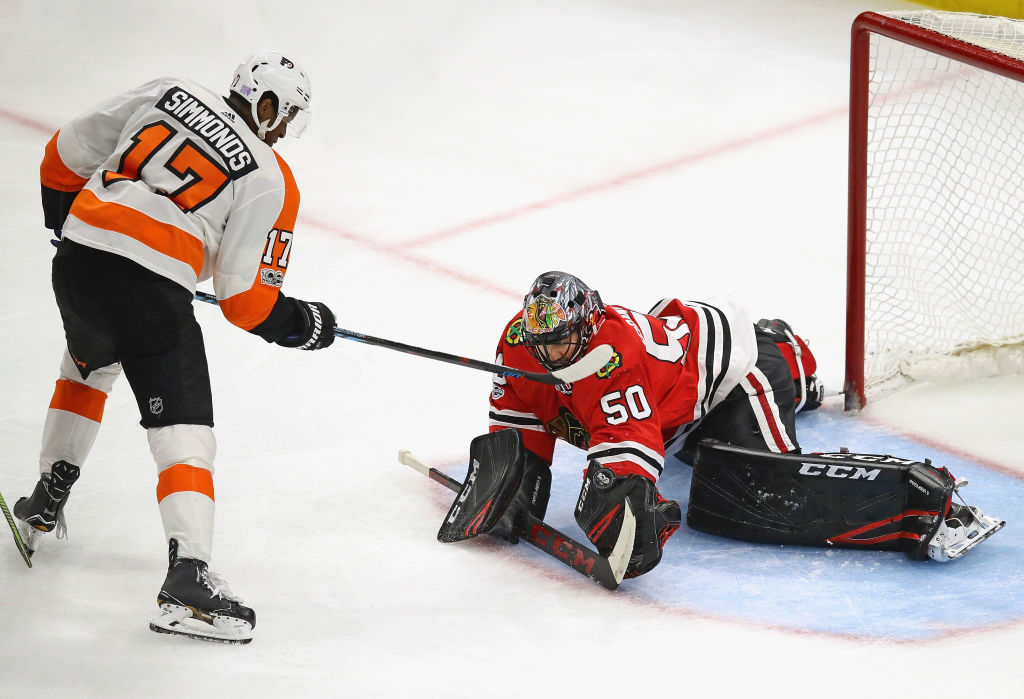 The Philadelphia Flyers have now lost two straight games in a row, plus lost another defenseman to injury, and are about to play in the second game of a back-to-back against the St. Louis Blues. Oh boy, here are five takeaways from Wednesday night’s game.

5 Takeaways from Blackhawks vs. Flyers

Corey Crawford was Wednesday night’s star of the game. He posted a shutout on the Flyers and did just about everything to stop every opportunity that they had in their own zone, saving a Blackhawks team that desperately needed a win.

The flub of the game was the Toews’ goal, where the puck goes over Robert Hagg’s stick as he’s taking a shot. Toews is there to make the breakaway and score easily on Elliott. It happens. Toews is an incredible player.