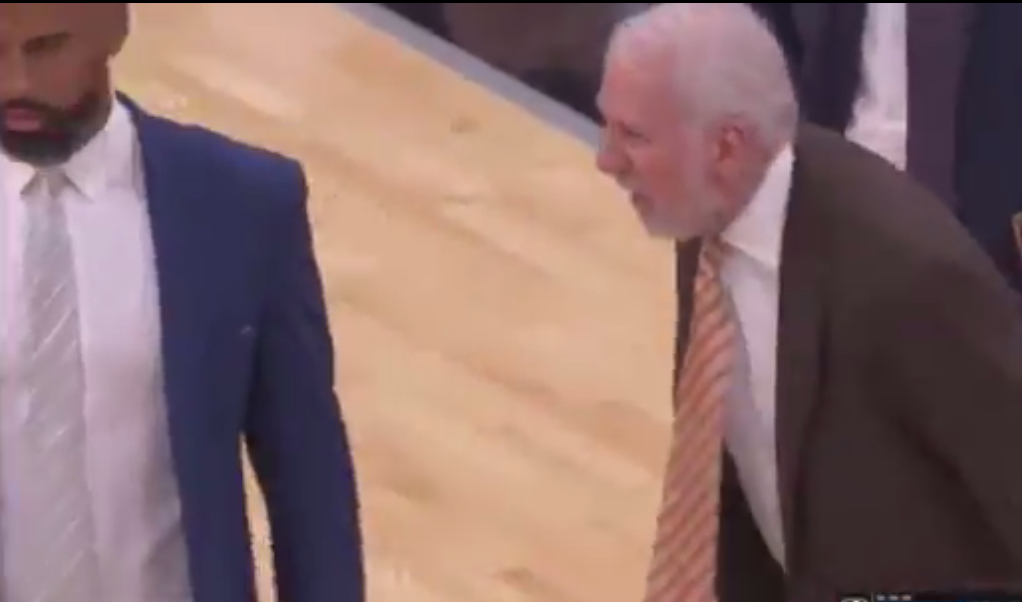 Spurs head coach Gregg Popovich was not happy with the officiating in Thursday night’s game, and he made sure to let the referees know about it.

With the Warriors clinging to a double-digit lead late in the fourth quarter, Pop had some words with the officials, which earned him a technical. He followed that up by saying one official was a “terrible f—-ing referee,” which you can see in the video clip below. That resulted in a second technical, and an ejection.

The interesting thing is that the free-throw disparity was 24-16, in favor of the Spurs, so Pop may have overreacted a bit. The Spurs’ mediocre start to the season, with a 4-4 record, may be affecting his emotions on the court.