Let's Remember Some Stuff From The 2017 Season 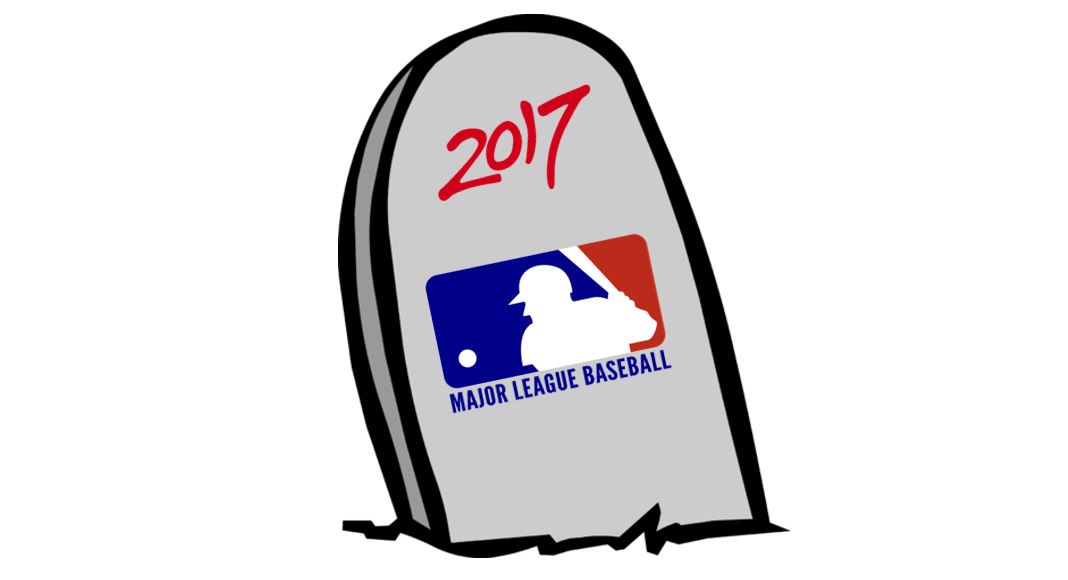 Let's Remember Some Stuff From The 2017 Season

Here’s what the last out sounded like at Minute Maid Park. #Astros #EarnHistory #WorldSeries pic.twitter.com/v7dShCkt7F

The Houston Astros did the damn thing.

And in the process, minted a iconic Sports Illustrated cover three years and three months after it’s publication.

While we’re all here, let’s remember some other stuff from the 2017 MLB season before we mentally prepare for the lack of baseball for the next 4 months.

There were 0 deaths attributed to the new rule changes implemented before the season.

Many worried that the two ‘biggest’ adjustments would cause fainting, heart attacks or worse among purists.

The changes came in the form of the no-pitch intentional walk and a 30-second time limit for managers to challenge plays. If you (or MLB) hoped that these changes would effect pace of play… you were RIGHT!

There have only been 6 seasons since 1876 where game times averaged 3+ hours.

If the current rate of increase continues at the same pace we’ve experienced the past 2 seasons, we can expect 2030 to be the first year of the average 4:00 game!

The Albert Pujols situation has ripened into one of the saddest in baseball.

On June 3rd, El Hombre hit the 600th home run of his career. A grand slam, because, of course.

Fun-ish fact? That day – June 3rd – MLB set a record with 7 grand slams, the most ever for a single day.

But back to Pujols…

If you noticed a few empty seats at Angel’s stadium in the upper deck it’s because the game wasn’t a sell out.

And no matter the individual milestones, what do they really matter to Angels fans if they’re sandwiched in between a bunch of mediocre games that aren’t meaningful?

I think most Cardinals fans are over the sting of him leaving St. Louis after 2011. And at this point, just kind of want to get to the point where we can celebrate the good times instead of watching him go through more bad times.

Cleveland’s had a win streak that almost lasted a MONTH!

They’re still out there with those uniforms, tho.

We were introduced to ‘Player’s Weekend’ where, uhh, nicknames?

Used to be you had 2 choices when buying your replica jersey: home or away.

Then some genius invented ‘alternate jerseys’ and made a boatload of money. So as is the American way… MOAR JERSEYS PLZ!!!

Here are jerseys you can buy of your favorite team:

That’s 11. And your team might have multiple alternates, too!

There were some damn cool plays.

And you can watch this video to see a whole bunch of them:

That’s a 7.2% increase from the highest high ever.

In retrospect, the year 2000 was just about – if not – peak steroid era in baseball. Will we look back on 2017 and say ‘NOBODY found the fact that the previous all-time single season home run record was smashed by 7+% suspicious’ as it’s being reveled that a new steroid-type drug being used by player is discovered?

Or maybe these guys are using launch angles and three-true-outcome approaches better than ever before.

The Cubs are no longer World Champions.

They ended their season without raising the Commissioner’s Trophy over their heads.

Life is getting back to normal, indeed.