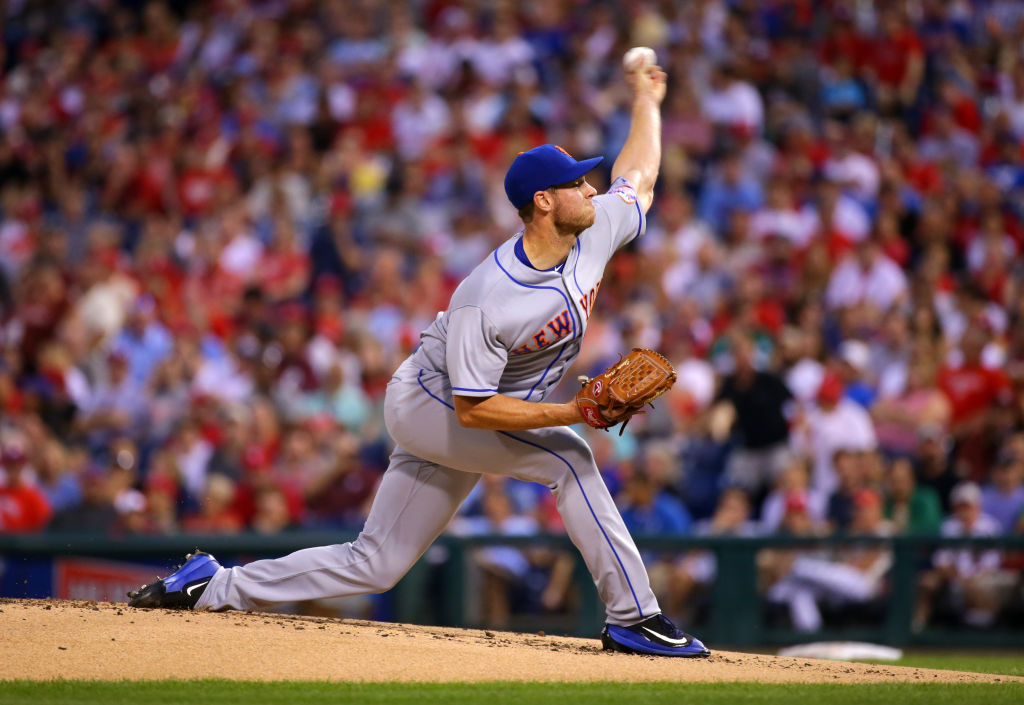 Now that the 2017 season is over for the New York Mets, we have been looking back at the year that was. After taking a more general view of the offense, pitching, and coaching staff, it’s time to take a look back at the Mets’ players. This series will take a look at every player on the active roster for the Mets at the end of season from A (Nori Aoki) to W (David Wright). The review will look at their season statistics, stories, and what role (if any) they will have next season. We continue our series today with a look at starting pitcher Steven Matz.

PHILADELPHIA, PA – AUGUST 12: Starting pitcher Steven Matz #32 of the New York Mets throws a pitch in the first inning during a game against the against the Philadelphia Phillies at Citizens Bank Park on August 12, 2017 in Philadelphia, Pennsylvania. (Photo by Hunter Martin/Getty Images)

Story: The Mets hoped to get a healthy Steven Matz in 2017 after a massive bone spur in his pitching elbow required offseason surgery. That hope was shot early as Matz developed elbow soreness late in spring training, landing on the disabled list for the first two plus months of the year. Matz made his debut in mid-June and got off to a hot start, going 2-1 with a 2.12 ERA in his first five starts. The worm turned on July 9th, when he gave up five runs in 4.1 innings to lose to the St. Louis Cardinals in the last game of the first half. That was the start of a horrendous stretch for Matz, who went 0-6 with an 8.39 ERA in eight starts. The Mets finally figured out that something was wrong in mid-August, diagnosing Matz with an irritated nerve in his pitching elbow. That injury is the same one that ended Jacob deGrom’s season in 2016, and he looked much sharper in 2017 after having the nerve relocated. Matz underwent the same procedure in September, ending his season early with the hopes of a deGrom like revival in 2018.

Matz was simply awful for the Mets in 2017, a huge part of their pitching problems. Much of that poor performance can likely be attributed to the fact that he was pitching hurt, but the Mets continue to be frustrated by Matz’s injury problems.

Barring something strange, the Mets will bring back Matz in 2018 to pitch in their rotation. Matz, who features a strong curveball, should benefit from the arrival of new manager Mickey Callaway. Callaway has stressed increased curveball usage as a key to both throwing strikes and staying healthy, something that could really help Matz going forward. If the Mets are going to contend in 2018, Matz’s health and performance will be a big part of that.

Check back tomorrow as our Player Review Series continues with a look at relief pitcher Kevin McGowan!