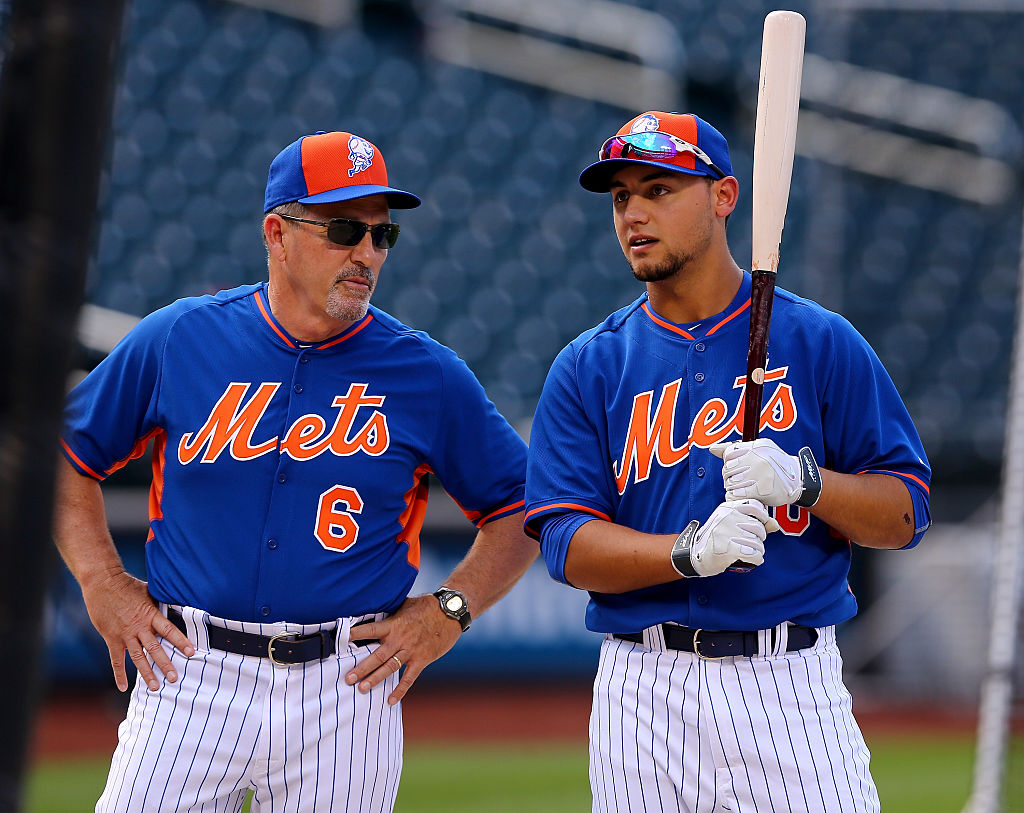 The New York Mets are set to make their first official additions to Mickey Callaway’s new coaching staff. After hiring respected pitching coach Dave Eiland last night, the Mets are also expected to promote Pat Roessler to the role of hitting coach, Mike Puma of the New York Post reports. Roessler, who has been on the Mets’ coaching staff since 2015, will succeed the departing Kevin Long as hitting coach. Long chose to leave the Mets after his contract expired on Tuesday and is expected to land somewhere else as a hitting coach. Roessler is in the process of finalizing a new two year deal with the Mets, Kristie Ackert of the New York Daily News reports, allowing the team to maintain some continuity with its hitters.

on July 24, 2015 at Citi Field in the Flushing neighborhood of the Queens borough of New York City.

The Mets have also made one other staffing decision, retaining bullpen coach Ricky Bones. Bones, who has filled that role since 2012, joins Roessler and third base coach Glenn Sherlock as returning coaches on Callaway’s staff. The Mets still need to find a bench coach, head athletic trainer and first base coach to complete the staff.