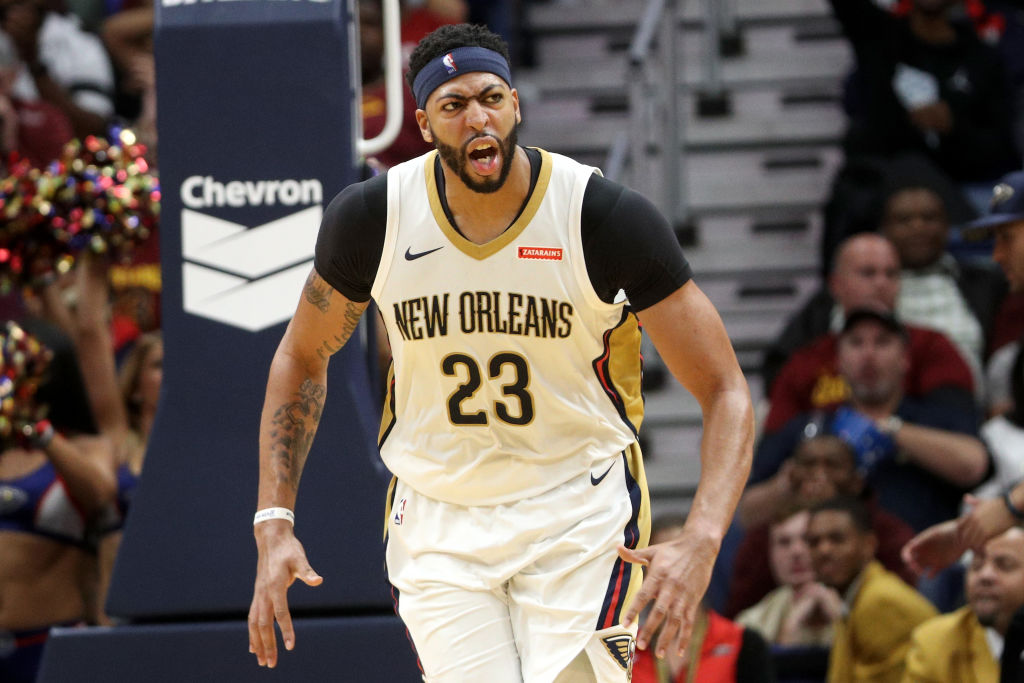 New Orleans, LA – The New Orleans Pelicans hosted the Minnesota Timber wolves Wednesday night in the Smoothie King Center. The Pells drop their second in a row 104-98 simply unable to take advantage of winnable home wins will definitely lead to a hard season. New Orleans struggles once again with transition defense, allowing wide open shots & turn-overs (19). The Pells started slow and Minnesota was able to capture the 1st half 65-54.

NEW ORLEANS, LA – OCTOBER 28: DeMarcus Cousins #0 and Anthony Davis #23 of the New Orleans Pelicans talk during the game agaisnst the Cleveland Cavaliers at the Smoothie King Center on October 28, 2017 in New Orleans, Louisiana. NOTE TO USER: User expressly acknowledges and agrees that, by downloading and or using this photograph, User is consenting to the terms and conditions of the Getty Images License Agreement. (Photo by Chris Graythen/Getty Images)

In the second half of the game New Orleans was able to climb back into it but Jimmy Butler(23 pts) who I call the Pelican Killer knocked down a big shot & one late in the game. The Pells starting guard Jrue Holiday who scored 14 pts was unable to convert any 3 point shots 0-5 missed a late one that could have given New Orleans the lead. Holiday was hesitant to take the shot as his long distance game simply was nonexistent tonight.

The Timber Wolves had 5 other players in double figures that helped seal the win including Andrew Wiggins (18 pts). The T-Wolves were able to beat New Orleans on the boards tonight 47-38. The Pells (3-5) finish their 3 game home stand (1-2) & head out on a 4 game road trip starting with The Dallas Mavericks (1-8) overall (1-4) at home Fri.

The issue is Coach Gentry is struggling to have this team play with disincline & consistency. The lack of quality big reserves that can hold leads while Cousins & Davis rests is problematic for New Orleans. The over play of the bigs as A.D. playing large minutes could pose issues later in the season. The Pelicans are handicapped with contracts and injuries, simply unable to find assistance for AD & Cousins off the bench.

The month of November will bring more clarity to the Pelicans picture as this team find some sort of way to develop into a playoff contender.