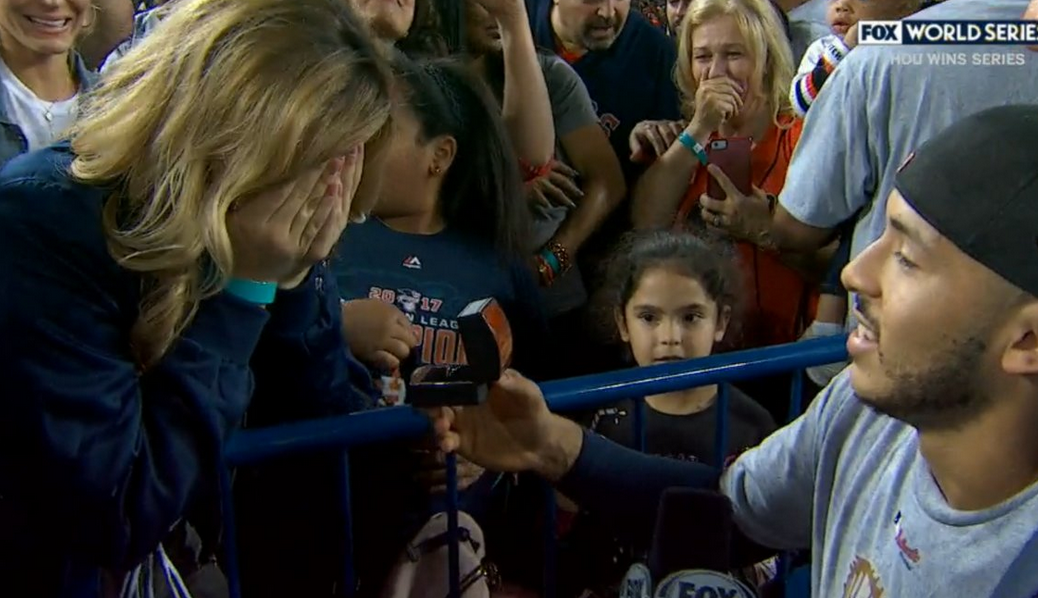 Astros star Carlos Correa may have had the best day of his life on Wednesday, as it was one for the ages.

Correa saw his team win a World Series title — on the road in seven games, no less — in thrilling fashion. But it didn’t stop there.

After the game, in delivering a postgame interview on FOX, Correa spoke about the big win, like athletes often do.

The shock, however, came when he proposed to his girlfriend, Daniella Rodriguez, after the interview. Correa admitted he was ready to take another big step in his life after the title win, and he wasn’t wrong.

Check out the reaction from Rodriguez.

What a great moment — it caught everyone by surprise, including Rodriguez.