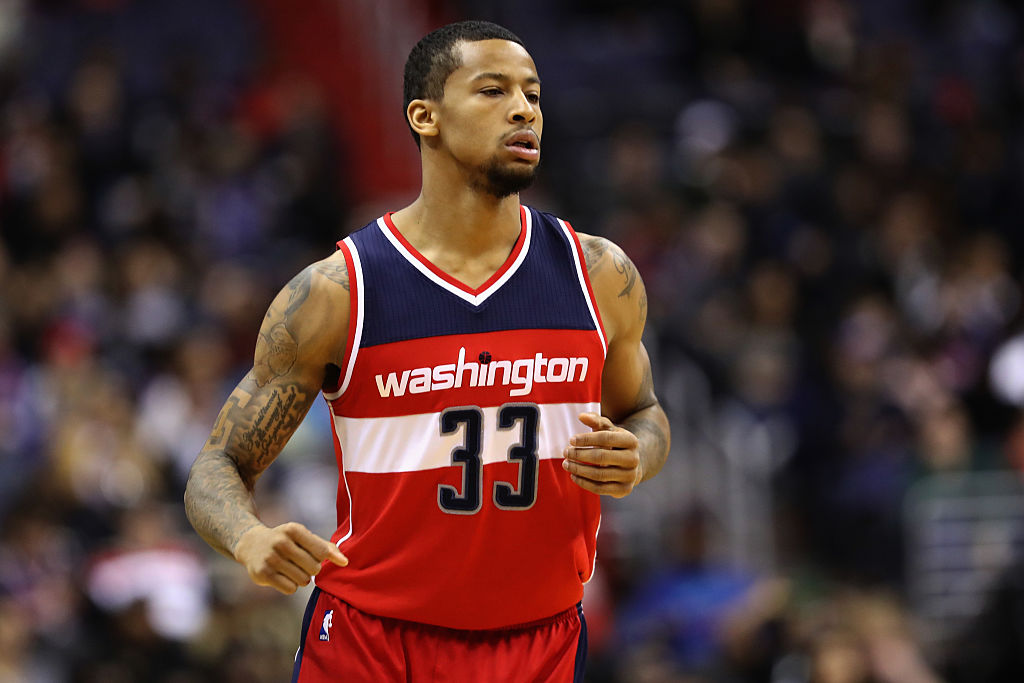 The 2017-18 G League season is just about to get underway, so let’s preview what’s to come for the Westchester Knicks.

Before Westchester played their lone preseason game, the team waived Tony Criswell and Davon Hayes. Criswell made the Dub Knicks’ training camp roster through a team tryout and Hayes was selected in the third round (60th overall) of the 2017 NBA G League Draft. Joey Miller, a returning player from last season’s squad, was the final cut. The team can carry 12 players, which includes Luke Kornet and Isaiah Hicks, who are signed to a two-way contract.

On Monday, Westchester faced their cross town rival, the Long Island Nets. The Knicks picked up a 109-103 victory. In the process, many players stood out. Hicks made a huge impact on both sides of the floor, finishing with 15 points, eight rebounds and four blocks. Kornet shot the ball well and recorded 20 points and five rebounds while shooting 4-of-5 from three-point range. Xavier Rathan-Mayes had a productive game, adding 13 points and six assists.

In their game on Monday, two new assistant coaches made their coaching debut. Keith Bogans, who played seven games with the Westchester Knicks during the 2015-16 season, joined Mike Miller’s staff this season. He brings a wealth of knowledge to the team and is getting his first taste of being on the bench. Bogans was a coach at the NBA G League Player Invitational.

Along with the 11-year NBA veteran, Ross McMains has joined the Westchester Knicks’ coaching staff. McMains spent two seasons with the Reno Bighorns and was an assistant coach with the Santa Cruz Warriors.

After one preseason game, the Knicks are preparing for their season opener against the Windy City Bulls. The team is looking to start off the season on the right path by getting a victory on the road. Along with that, Westchester will be looking to pick up their first victory against Windy City. Last season, the Knicks went 0-4 against the Bulls. With both teams possessing nearly new rosters, the Knicks are hoping to secure a win on the road. This game will be the first of three meetings between the two teams.

On Nov. 6 & 7, Westchester will play in back-to-back games against the Delaware 87ers. Both teams have solid rosters and there will be many intriguing match-ups in both games. In Westchester’s franchise history, the Knicks are 6-10 against the Sevens.

Heading into the start of the season, Trey Burke is a player to watch in terms of potential call-ups. The Michigan product looked sharped during his first two seasons with the Utah Jazz, where he averaged 12.8 points and more than four assists per game.

This is a new season for the 24-year-old point guard. Burke has joined the G League affiliate with a different mindset. He wants to show that he can run a team and is looking to be the leader for the team. Along with that, he wants to show his presence will greatly affect the team.

“What Trey will bring is a hunger,” Houston said at the team’s media day. “The most important thing is you want a player who has credibility, who’s been through it, who players can look to and say, ‘Wow, he doesn’t have to be here. But he’s here because he loves the game, he wants to get better.’ He’s humbled himself and that alone brings a level of accountability and credibility to the team.”

With Burke ready for the next journey in his career, he’ll have all the opportunity to showcase what he can do. He can put the ball in the basket, but he wants to show everyone, including teams and executives, that he can run a team and lead a team to success.

Burke is playing alongside many talented players like Kornet, Hicks, Nigel Hayes, Rathan-Mayes, and three-point shooter Max Hooper. With these players on the squad, Burke will have a chance to run the show in Westchester and put this team in a good situation to win games and potentially earn a call-up later in the season.