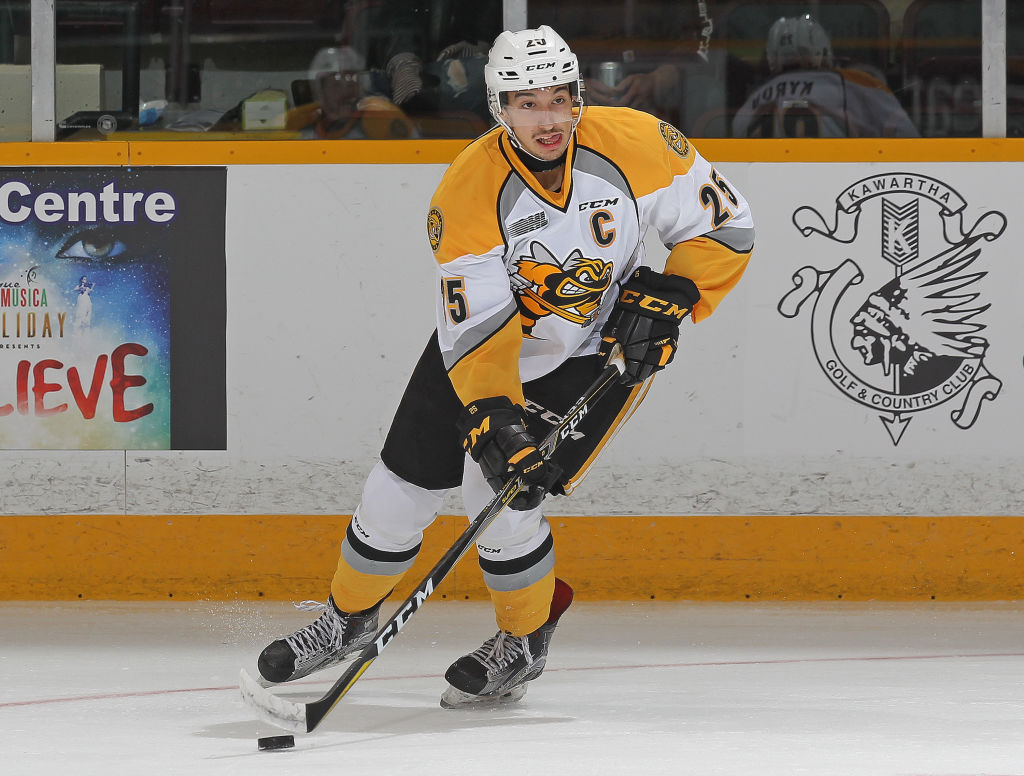 If you haven’t been following 19-year-old Blues prospect Jordan Kyrou, now is the time to start. Kyrou already received a ton of praise during training camp, but now he’s making the OHL look pretty silly.

For starters, the OHL named Kyrou the top player of the night on November 2nd after a crazy two-goal, four-assist performance.

Kyrou, Korostelev, Ernst are Thursday's #OHL 3 Stars of the Night.

Earlier, Kyrou was named one of the top OHL performers in the month of October.

With a career-high six points in one game, Kyrou now leads the OHL in scoring with 34 points. Those 34 points come from 14 goals and 20 assists in just 14 games played.

OHL numbers need to be taken with a grain of salt, but those are still some pretty impressive totals.

“He’s a real dynamic player. He got my attention last year. It started here in this (NHL prospects) tournament.”

Again, it’s important to not get too carried away with such gaudy numbers in a league such as the OHL. However, this does seem to indicate the Kyrou is ready for the next step in his career (joining the AHL), though his progression will depend on when the Blues are able to shift their assets around to give him that next promotion.

It’s pretty tempting to want to see Kyrou promoted to the NHL given his offensive production. Put that temptation aside. The Blues have been doing a nice job growing their prospects, giving them the time needed to develop before throwing them into the NHL. There’s no need to rush and mess things up now, especially with the Blues more than holding their own.