Damyean Dotson has potential to be perfect complementary piece for Knicks 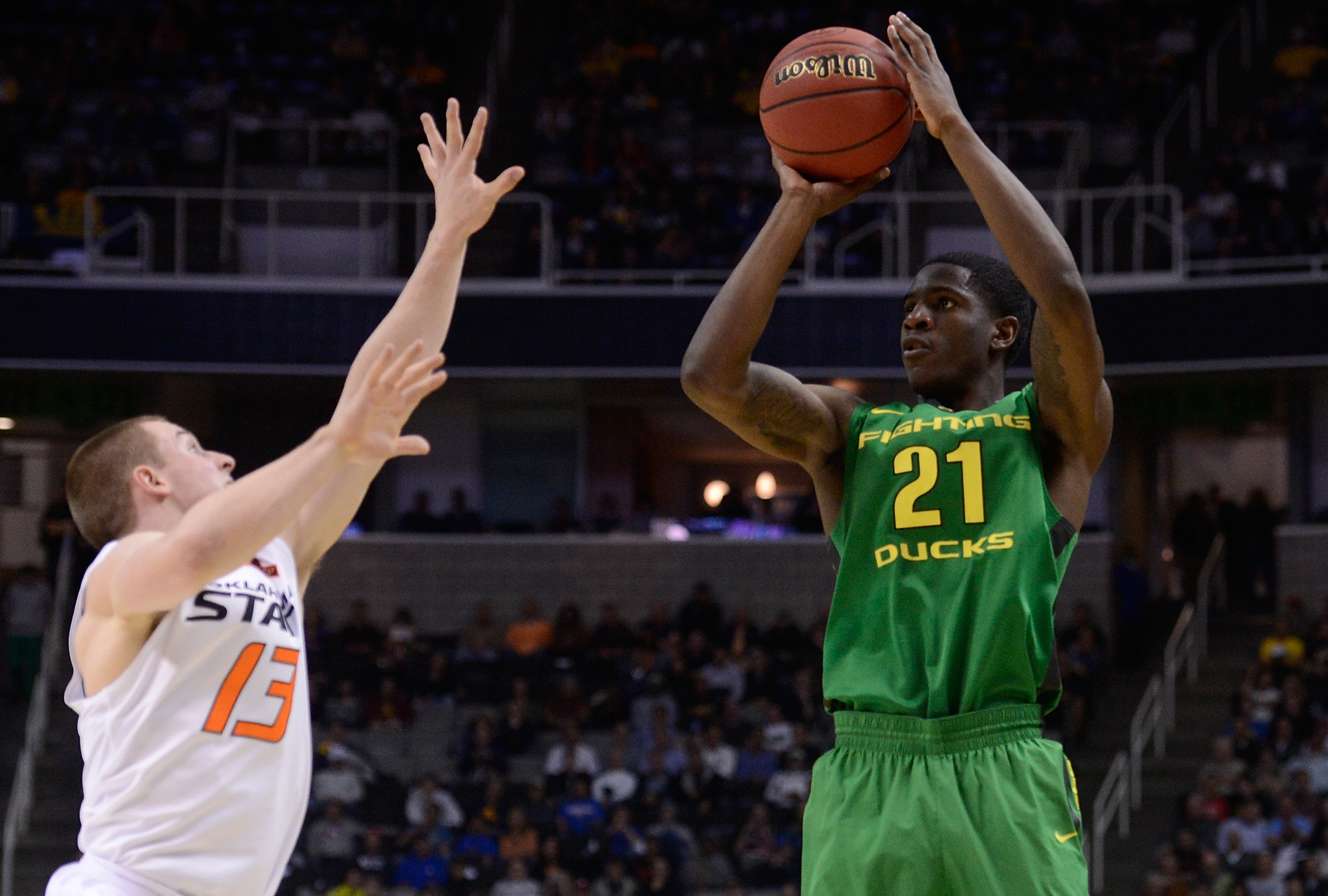 Damyean Dotson has potential to be perfect complementary piece for Knicks

The Knicks’ youth movement is undoubtedly spearheaded by promising rising stars like Kristaps Porzingis and Frank Ntilikina. Those two are admittedly stealing more of the early headlines, as it relates to looking ahead at New York’s intriguing future. Nevertheless, while he may be flying under the radar at this point, Damyean Dotson has all the makings of a prospect worthy of fitting in moving forward.

Whereas Porzingis and Ntilikina were drafted under the bright lights as highly heralded lottery picks, the Knicks snatched Dotson up in the second round of the 2017 NBA Draft. His journey to get noticed was much more of a grind, highlighted by his participation in the Portsmouth Invitational Tournament. The swingman stole the show, not by pouring in the points, but instead putting together one of the more versatile efforts the tournament has seen in a long time. Averaging 14.7 points (on 56% shooting and 36% from deep) to go along with 6 assists and 5.7 rebounds through three PIT contests, Dotson proudly took home MVP honors. There’s no question that helped propel his draft stock. The Knicks were in attendance and there’s little doubting they appreciated what they saw.

Dotson doesn’t need the ball to shine, nor is he likely to rise up as an undisputed star of any kind. Luckily, with Porzingis as the centerpiece and Ntilikina as the orchestrator, Dotson has the potential to be slotted in as the perfect complementary piece the Knicks will need.  Even at this early point in his professional career, Dotson has already garnered praise from head coach Jeff Hornacek for his tenacity on the defensive end. Along similar lines, Tim Hardaway Jr. has also likened the young gun’s skillset to that of former Knicks’ guard Iman Shumpert. At 6’6″ and 205 pounds, Dotson has the ability to defend multiple positions.

Though his playing time has, thus far, been rather scarce, Dotson is in the process of stringing together some very positive performances. He grabbed 5 rebounds in just 6 minutes of the Knicks’ win over the Nuggets on Monday evening. The youngster also dished out two assists. Dotson received more of an opportunity to strut his stuff during his team’s loss to the Rockets on Wednesday. In 17 minutes (with some coming in garbage time), Dotson shot 4 of 5 from the field, adding 9 points and 3 rebounds. Even more impressively, Dotson made his arrival to the NBA all the more clear with this fancy stutter-step and subsequent bucket. Take a look below.

Dotson still needs time to develop, especially as it relates to him becoming more potent and assertive on the offensive end. That said, there’s plenty to like, and the potential for more offensive polish is certainly there, as evidenced by the above move. As they continue to focus on improving their team and nurturing the young talent already on board, he could eventually rise up as a well known defensive stopper for New York.