Jets troll Bills by dancing on the field during game 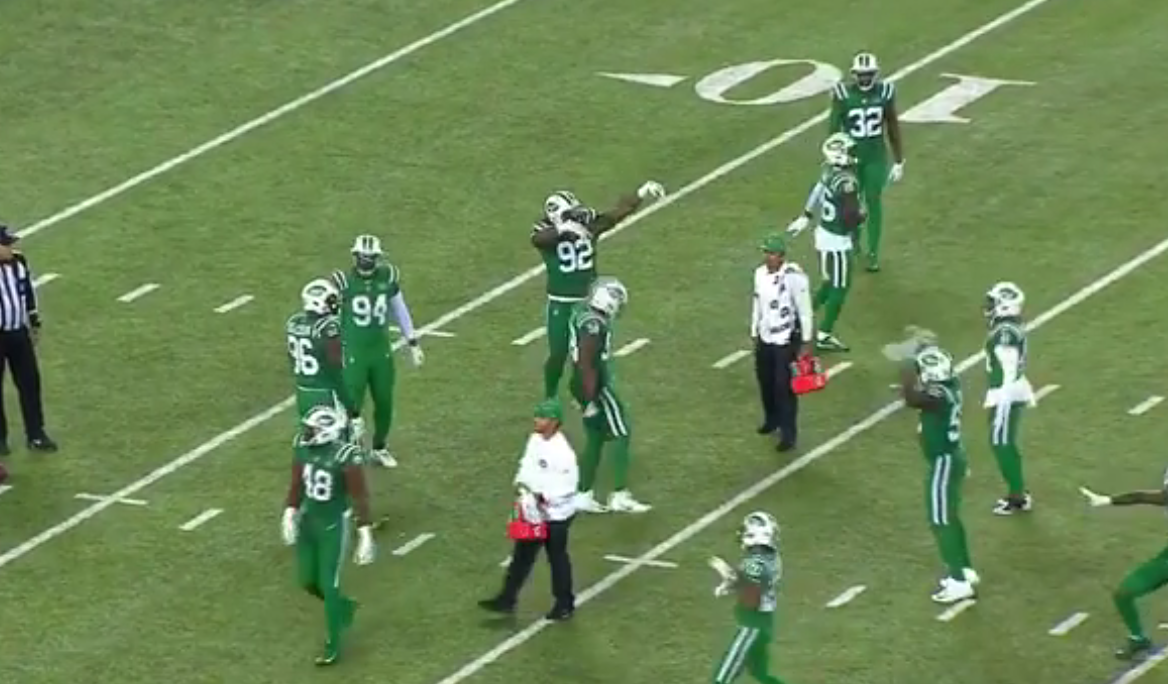 Jets troll Bills by dancing on the field during game

The Jets were unhappy when Marshawn Lynch was seen dancing on the sideline during a Week 2 matchup earlier in the season, so they decided to do the same thing on Thursday night.

After jumping out to a 34-7 lead midway through the fourth quarter of Thursday night’s game against the Bills, the Jets elected to do something you’ll rarely see in the NFL.

A timeout led to a stoppage of play, but instead of huddling up on the sideline, the Jets defense took the field to dance all over it.

Check out the Jets players rubbing some salt in the wound with some in-game dance moves.

When the whole squad’s lit…

That’s one way to troll your in-state rival.