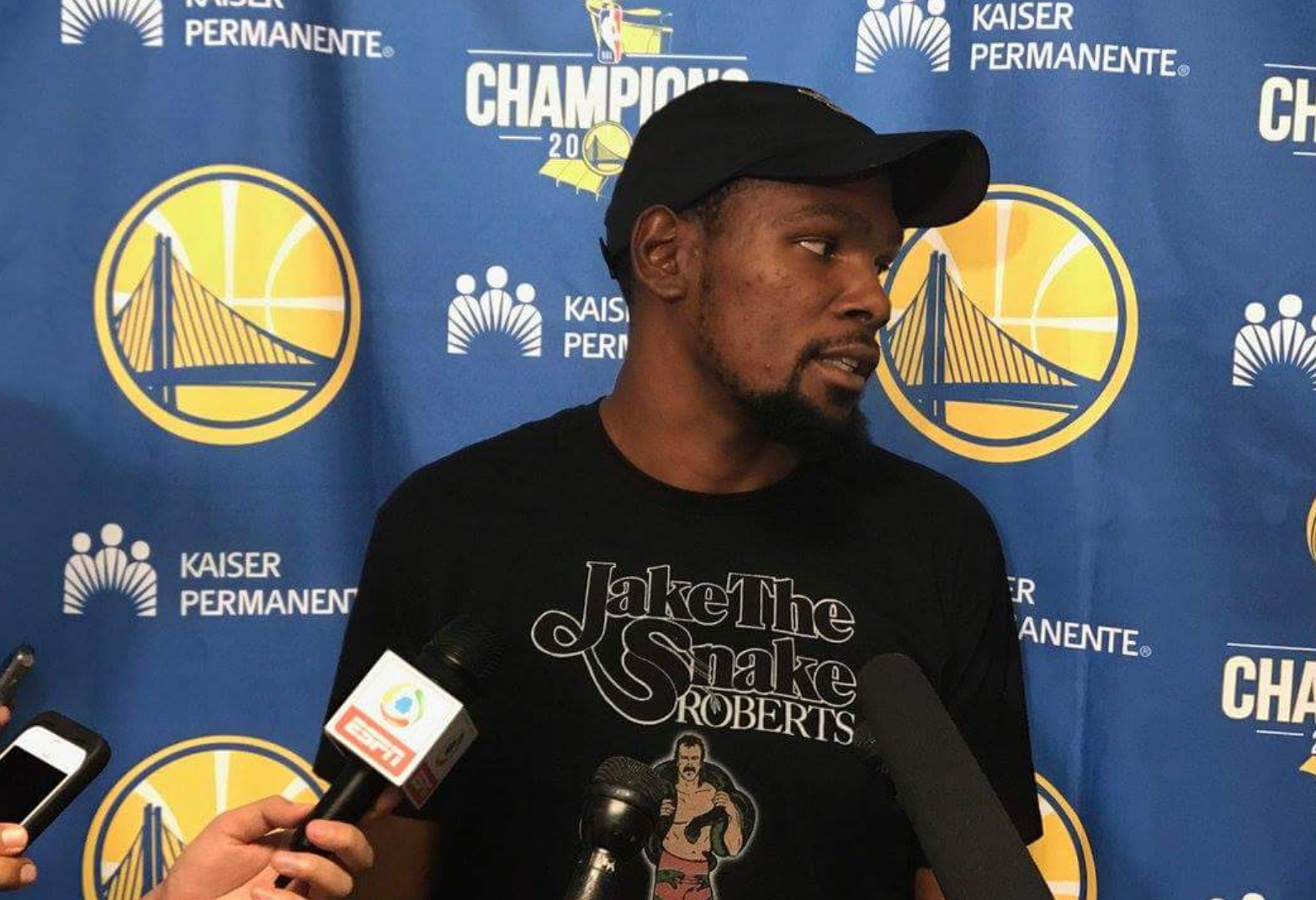 Kevin Durant has received a lot of criticism from fans since he left Oklahoma City for the Bay Area. Durant has heard it all as far as what’s been said for the most part, but the common theme seems to revolve around him being called a “snake.”

Numerous snake emojis and snake-related comments have been hurled in Durant’s direction on social media, so he’s clearly used to it by now.

Still, Durant likes to poke fun at the trolls from time to time, and that’s what he did after Thursday’s game against the Spurs was in the books. Check out the Jake “The Snake” Roberts shirt he wore when speaking to the media.

Roberts is a semi-retired professional wrestler who earned his nickname, as he often brought snakes with him into the ring. Gotta love Durant using him to embrace the villain role, which he’s been known to do over the years.