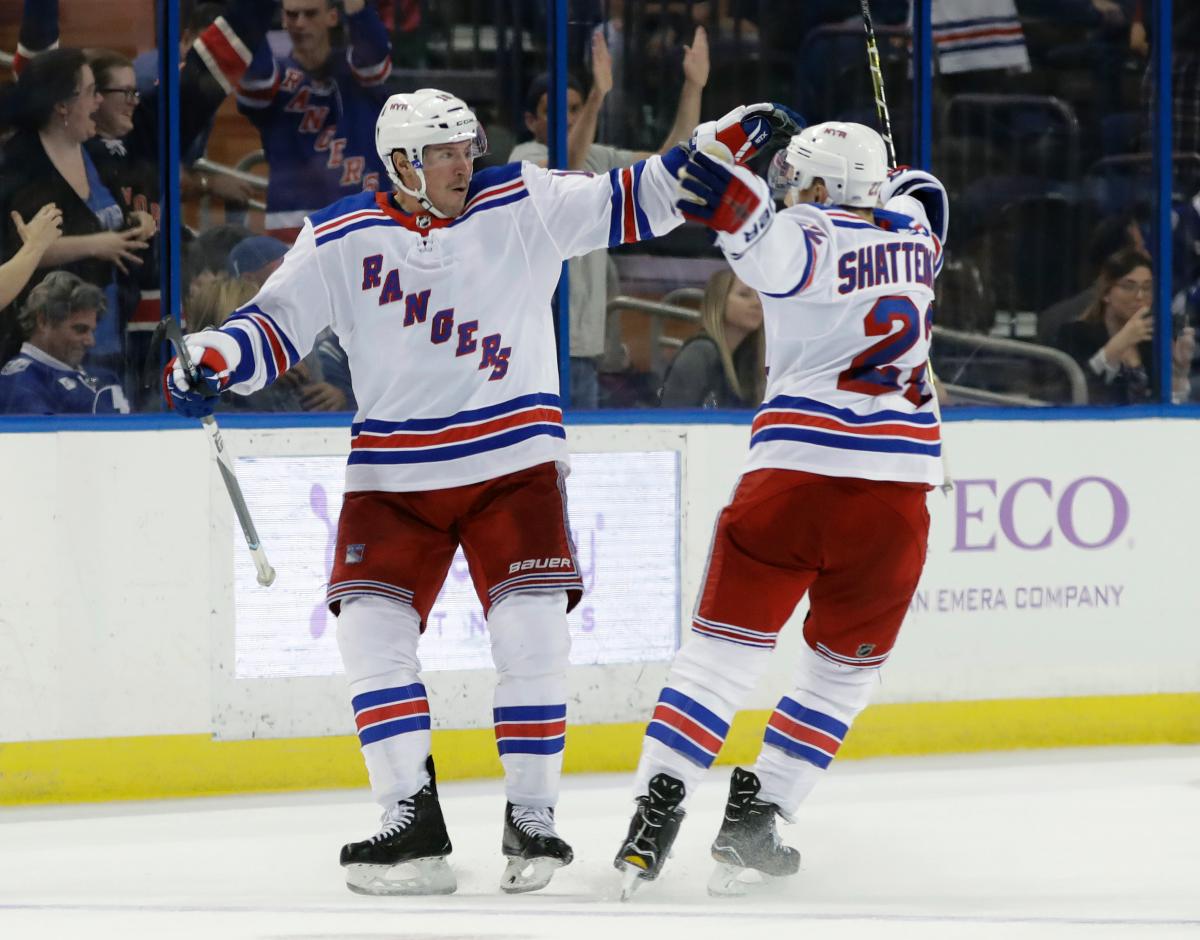 Just three days ago the Rangers were left for dead. Alain Vigneault had one game to prove himself. High ranking front office officials were seen scouting games. Chris Kreider was on the trading block. Henrik Lundqvist was washed up. And I was calling for a complete rebuild.

It’s funny what a couple of days can do for a team and its fan base’s confidence.

1. With back-to-back victories against Vegas and Tampa, the Rangers have now won 3-of-4 and 4 of their last 6 games.

Trust me, the Rangers still have a lot of work to do, but the last few games have been encouraging.

2. One of the big reasons for the turnaround has been the arrival of Boo Nieves. His addition has really stabilized the Rangers forwards as they’ve looked much more cohesive offensively since his recall. Now, anything was better than the 11F, 7D deployment AV implemented but a byproduct of Nieves’ chemistry with Grabner and Fast is it’s allowed the Rangers head coach to move Buchnevich back where he belongs on a line with Kreider and Zibanejad.

3. With the addition of Nieves seemingly sparking the Rangers play, you have to wonder if the ill-fated decision to put Filip Chytil on the opening night roster set the early season dysfunction in motion as Vigneault’s refusal to trust the rookie led to the club playing short-handed up the middle for five of their first ten games. It also forced players into unfamiliar positions (see JT Miller) likely leading to chemistry and timing issues.

4. This is why AV remains the wild card for this team. Since Vigneault was put on notice, his line-up and deployment decisions have mostly been on point, but you have to wonder how long till he relapses and falls off the wagon.

If AV actually continues to put his players in a position to succeed this team has a chance to be good. If not, it’s time to move on.

5. While his play is always under-stated, it’s no surprise that since Jesper Fast’s return to the line-up the Rangers penalty kill, which was the worst in the NHL earlier this season, has quietly become a strength of the team.

6. Raise your hand if you had Nick Holden and Steven Kampfer playing a role in one the Rangers best defensive efforts of the season.

7. Seeing Callahan and Girardi out on the ice together put a smile on my face as it reminded me of how much fun it was watching them pull the Rangers out of the dark ages after eight straight seasons without a playoff appearance. They, along with Dubinsky and Lundqvist, represented hope after the Rangers finally transitioned from attempting to buy a Stanley Cup to building a winner from within.

8. How about that Zibanejad/Kreider combination the last two games?

Maybe Kreider’s name should be in trade rumors more often.

9. Meanwhile, the third member of that trio is becoming more and more confident by the game. Just check out this sequence…

10. Just when you thought you couldn’t love Zuccarello anymore, he goes and does this:

11. Kevin Hayes must be a riot to hangout with. First he taunts Killorn from the bench, then he gives him a Lundqvist-esque water bottle squirt…

12. Unbelievably, today marks the 10-year anniversary of The New York Rangers Blog. In a million years I never would have thought the blog would become as popular and influential as it is today. One of the biggest reasons for its longevity is that I’m basically chronicling my journey as a Rangers fan. From the very highs of a Stanley Cup Final appearance to the lows of Derek Boogaard’s death, I’ve bled blue all over this blog. I’ve been fickle, passionate, contradictory and romantic. One day I’m calling for the team to be torn down, while the next I’m praising them as a Stanley Cup contender. There’s no strategy or thought process that goes into my blog posts. For better or worse, what you’re consuming is my naked truth on our beloved Rangers. There’s no filter or narratives, just my opinions. I’m nothing more than a fan, just like you. I have one goal with this blog, to convey my love for this team in a fun and somewhat humorous fashion. And for the last decade, I’ve attempted to do that to the best of my abilities, so I hope you’ve enjoyed the ride because I know I have. You’ve all had a huge part in the success of the blog and for that, I am truly thankful. Here’s to ten more years and LET’S GO RANGERS!!!!