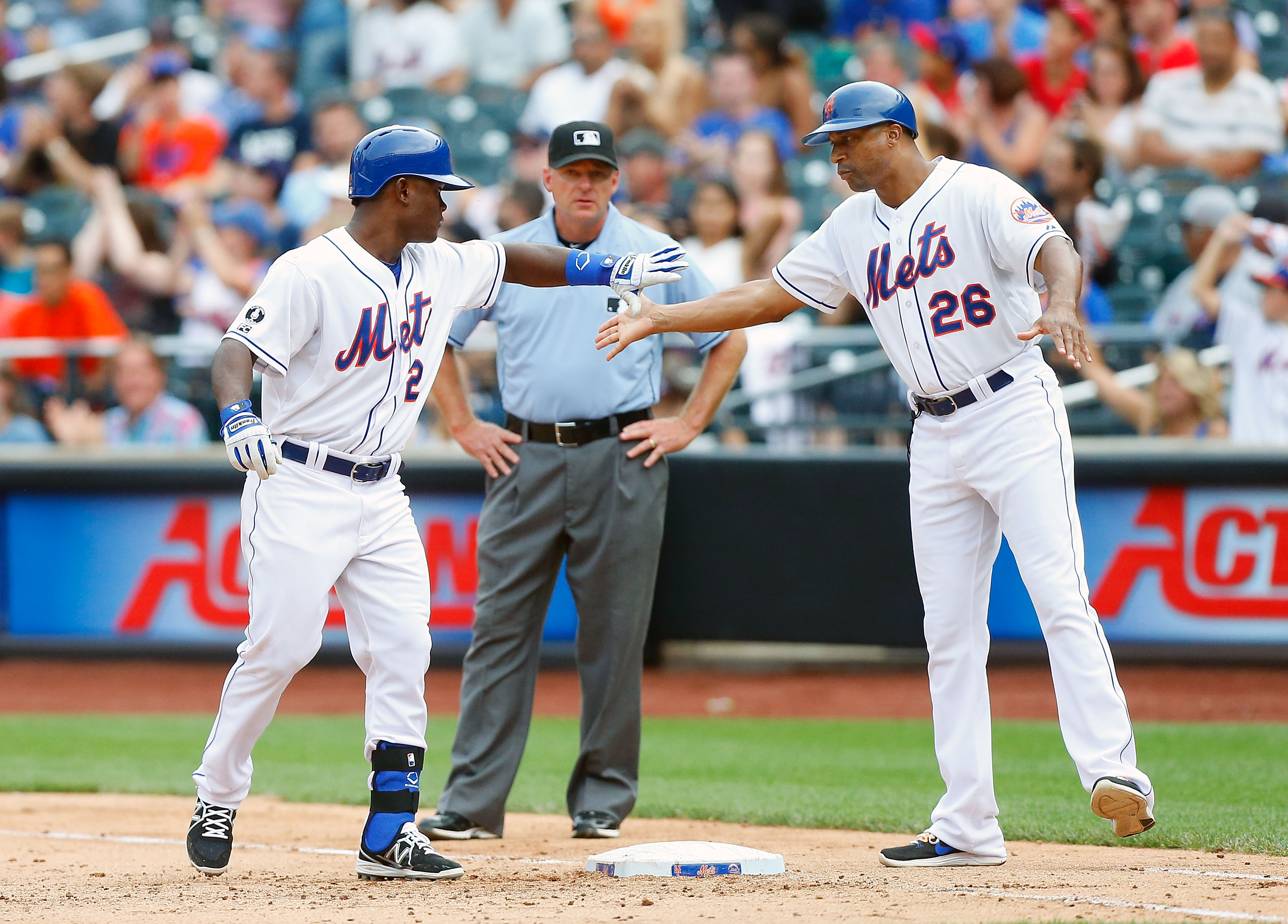 The New York Mets’ coaching staff suffered another departure this week. After Kevin Long left earlier this week, first base coach Tom Goodwin is departing for the same position with the Boston Red Sox, MetsBlog.com reports. Goodwin, who served on the Mets’ staff from 2011-2017, also worked with the team’s outfielders. Mets’ General Manager Sandy Alderson gave Goodwin permission to interview with other organizations after manager Terry Collins resigned at the end of the season. The Mets are still seeking a first base coach, bench coach, and head athletic trainer as they look to round out new manager Mickey Callaway’s coaching staff.

NEW YORK, NY – AUGUST 31: Dilson Herrera #2 of the New York Mets celebrates his eighth inning RBI base hit against the Philadelphia Phillies with first base coach Tom Goodwin #26 at Citi Field on August 31, 2014 in the Flushing neighborhood of the Queens borough of New York City. (Photo by Jim McIsaac/Getty Images)