Knicks' frontline begins to show dominance in win over Suns 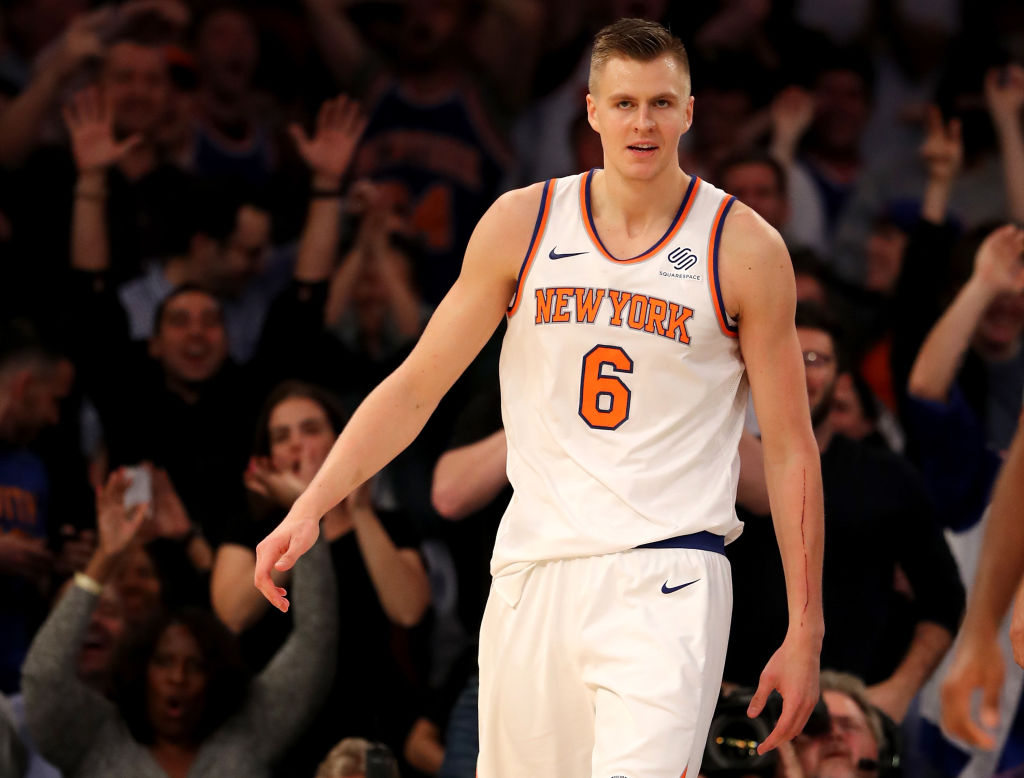 Knicks' frontline begins to show dominance in win over Suns

The Knicks said Kristaps Porzingis was fighting an illness heading into Friday night’s game, but by contest’s end, the only ones going home sick were the Suns after a frustrating loss.

If Porzingis was battling a stomach bug or anything of the sort, he certainly didn’t show it. Coming within one point of his still ripe career-high with another 37 points, the young star looked comfortable from the opening tip and never seemed to slow down.

Whereas Porzingis’ points usually come from a bevy of spots around the perimeter, he was especially aggressive inside during New York’s 120-107 victory. He was much too quick and agile around the rim for Tyson Chandler to keep up with. A former Defensive Player of the Year award winner with the Knicks, Chandler didn’t appear to put up any sort of a meaningful physical effort against the 7’3″ youngster. Phoenix’s group of complementary front court prospects was no match for Porzingis, either.

The big man was very alert around the rim and it certainly didn’t hurt that each of his teammates had eyes for where he was, and when he was zoning in around the basket. They found him for easy scoring opportunities all night long, with six Knicks dishing out three assists or more. Despite the odds stacked against them coming out the gate, this year’s team has hit the hardwood with a much more upbeat attitude than anyone could have expected, and it’s showing. Players seem to enjoy playing alongside a player of Porzingis’ dominance, not only just because of his respective skillset, but because he serves as the kind of threat to open things open for others. If New York’s players find him down low, he’ll either take the ball to the hole or space the floor enough that others can wait on the wings to cash in on high percentage scoring opportunities. The inside/outside game the Knicks have going on has worked quite well thus far.

Porzingis was strong from start to finish and absolutely set the tone for New York in this win. Even he, however, can’t do it all alone. Enes Kanter was absolutely terrific, once again controlling the offensive glass, keeping possessions alive and helping those around him have more opportunities to shine. He’s the type of player who can change the nature of a game just from his rebounding ability alone. The 25 year old added 16 points and 15 rebounds (with a game-high 6 offensive). Porzingis may be doing a stellar job stepping into the footsteps of Carmelo Anthony as the star of this team, but Kanter has proven to be a very important asset after coming back from the Thunder. Doug McDermott, the other piece in the Anthony trade, was also clutch on Friday by adding a season-high 12 points off the bench. He and Michael Beasley (11 points) both gave the Knicks some much needed momentum each time Phoenix attempted to claw their way back.