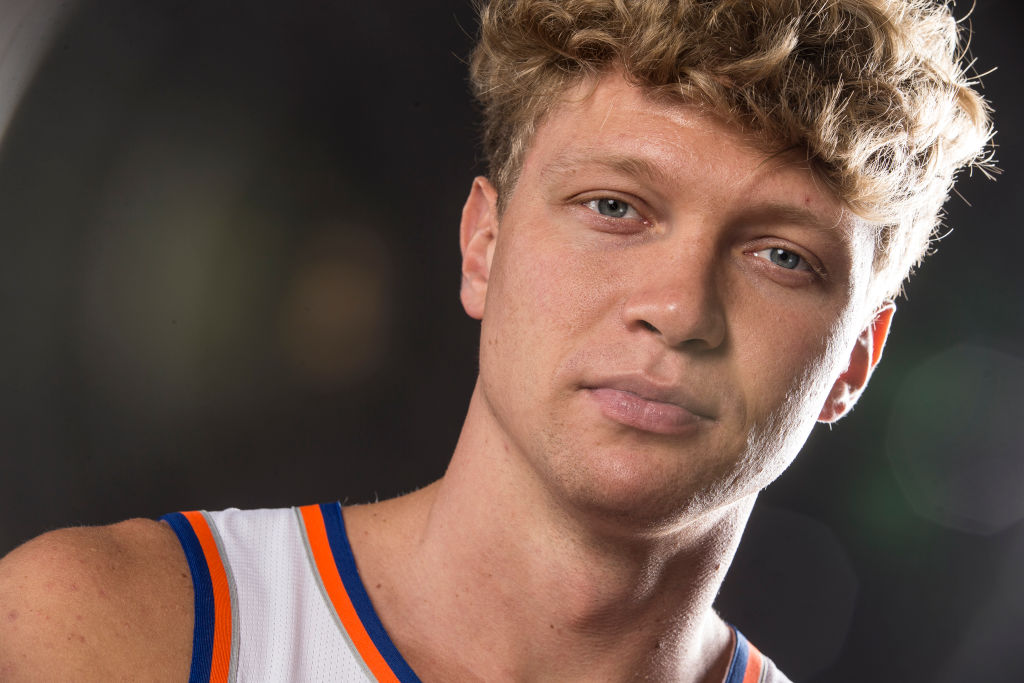 Things are looking up for Kristaps Porzingis and the Knicks, but two of the young gun’s close friends have been difficult to find as he helps the team rise.

Initially regarded as part of the promising young core New York was set to steadily embrace this season, Willy Hernangomez’s playing time has been sporadic at best. He’s thus far tallied three DNP-CD’s, and his minutes-high has only been 17. Hernangomez showed great potential last season by earning NBA All-Rookie Second Team honors, but the clutch play of Enes Kanter, a similar but more polished player, has been impossible to ignore. The 25 year old is averaging a double-double with 14.1 points and 10.5 as the Knicks’ starting center.

But Hernangomez isn’t the only Knickerbocker struggling to hit the hardwood. After experiencing a preseason injury, Mindaugas Kuzminskas has gone on to watch all eight regular season games in street clothes. While he’s healthy now, a steady helping of Doug McDermott, Michael Beasley, and Lance Thomas off the bench has made Kuzminskas the odd man out.

He’s not happy about it.

“It’s kind of disappointing,’’ Kuzminskas told the New York Post following Friday night’s win over the Suns. “Last season I had ups and downs but I thought I did pretty good job. Expected a different going to the season especially after a great summer in the championships. I was feeling I was doing better than some of the NBA guys in them. And then to come here, you’re inactive. You’re nothing – not in the rotation, not even on the [active] roster.”

As previously mentioned, it’s very difficult to disregard the others who are playing well, especially with the Knicks rolling as winners of four of their last five contests. The coaching staff seemingly has no grounds to switch any of them out in favor of Kuzminskas. It’d be much easier if someone was struggling and Kuzminskas was there sitting pretty, anxiously waiting for an opportunity. All that circumstantial logic aside, there’s no denying the 28 year old played very well at EuroBasket 2017 this past summer as a key cog for Lithuania. He was providing an explosive scoring punch off the bench, averaging 15.3 points with a 49/37/67 shooting clip.

Given the potential he displayed last season in New York, one could have easily made the argument that Kuzminskas was on the cusp of serving in a similar capacity for the Knicks. He averaged 6.3 points in just 14.9 minutes and appeared in 68 contests. At 6’9″, he’s lengthy and can run and fill the lane correctly. Kuzminskas understood what it meant to tap into the excitement of the home crowd. Nevertheless, much like Hernangomez, the international veteran was hand-picked by Phil Jackson and Co. His respective exile is proof that the era of the Knicks’ previous President is officially over. What comes next?

“It’s more a question for [Jeff Hornacek],’’ Kuzminskas said. “He sees me or doesn’t see me on the team. I was at all the practices at camp before I got hurt. I did all the training camp. You’d have to ask the coach if the injury affected it. Coach wants to win and he’s using players he trusts more, he thinks has more benefits than I can.’’

The Knicks are winning and it’s not right to suggest Kuzminskas pray another one of the team’s forwards loses their way, but he’ll need to wait patiently in the meantime.