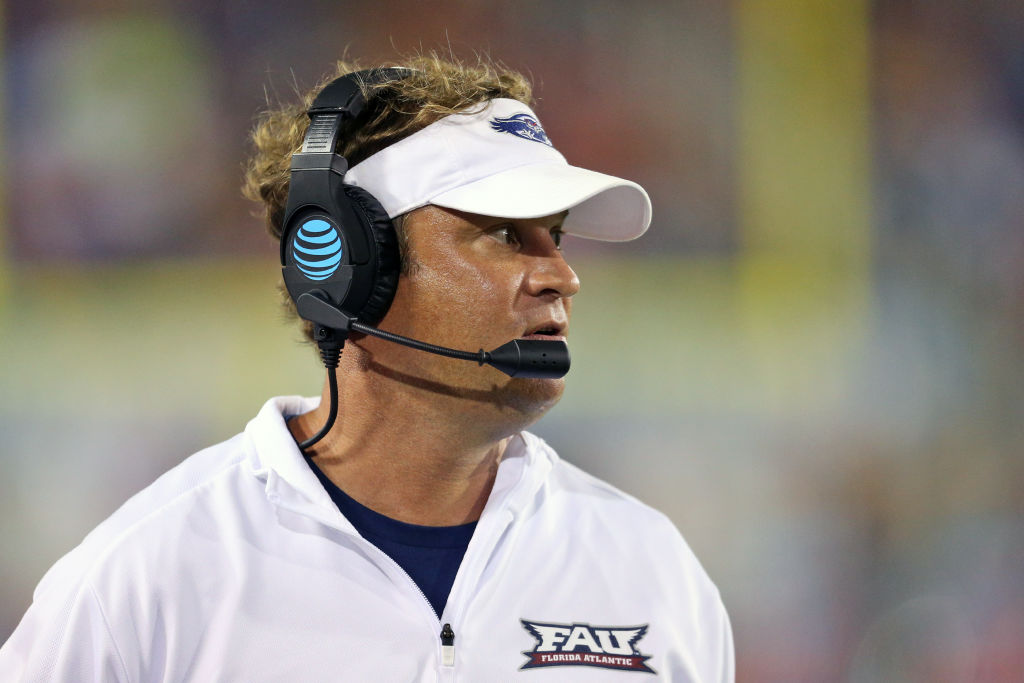 Florida Atlantic University head coach Lane Kiffin now has his face on the front of a small makeshift train that transports students around campus, so he doesn’t seem to feel the need to explain the reasoning behind any decision he makes anymore.

The Owls were clinging to a seven-point lead over the Marshall Thundering Herd with only 14 seconds remaining in Friday night’s game, when Kiffin instructed his team to run out of the back of the end zone for a safety, rather than punting the football.

The betting line in the game closed with the Owls listed as seven-point favorites at most sportsbooks, and the safety cut their lead to 30-25, which ended up being the final score. That led to some buzz on social media about how Kiffin’s decision affected the outcome for bettors, with his team failing to cover the spread, and he certainly didn’t shy away from talking about the betting line.

In fact, he joked that he didn’t want his team to cover the spread because of “too much rat poison,” referencing what his former colleague Nick Saban had to say about the media earlier in the season.

Kiffin has never been one to shy away from controversy, that’s for sure. Rather, he seems to embrace it, and pokes fun at his critics. This was just another example.