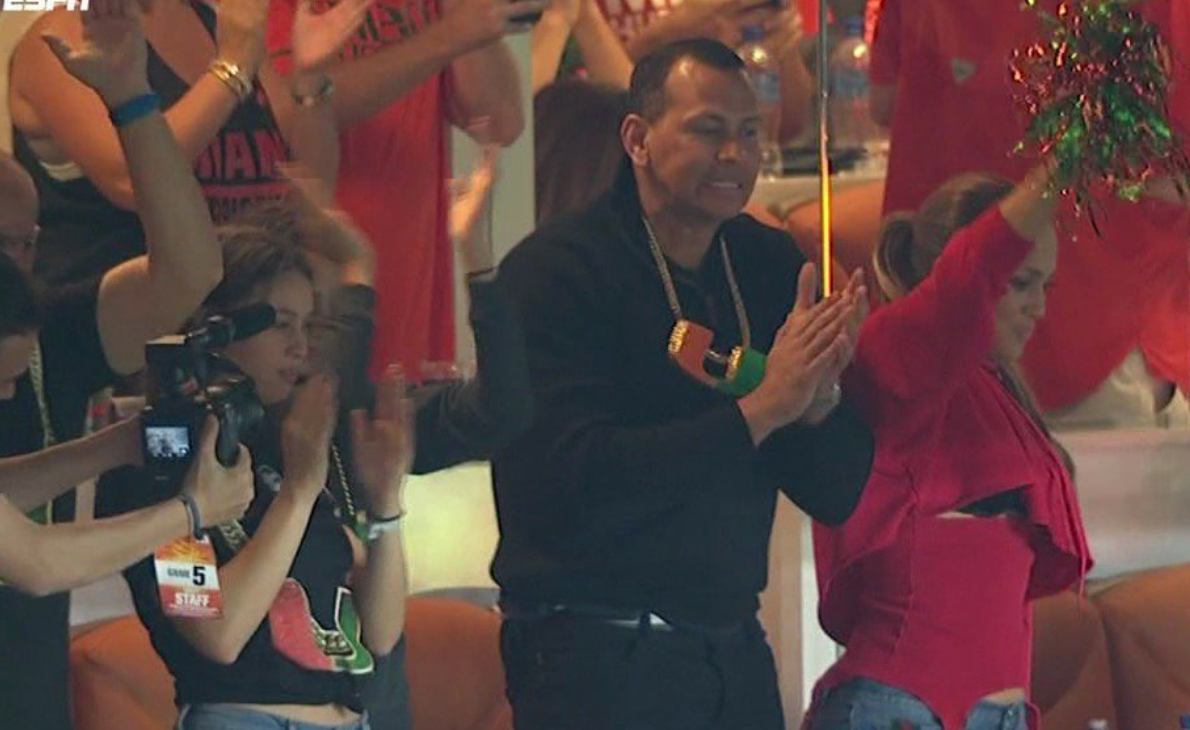 Now that the 2017 MLB season is in the books, FOX analyst Alex Rodriguez has more leisure time to do as he pleases.

On Saturday night, he elected to spend that time at Hard Rock Stadium to watch Miami square off against Virginia Tech. At one point during the ACC matchup, TV cameras cut to a shot of A-Rod hanging out with girlfriend Jennifer Lopez in a suite. Rodriguez was also joined by his two daughters, making it a family affair.

The best part about it was that A-Rod was seen rocking a Miami turnover chain around his neck. Check out his bling.

Now that “The U” is a formidable contender in the college football world again, we’re seeing the turnover chain being worn more and more during games.