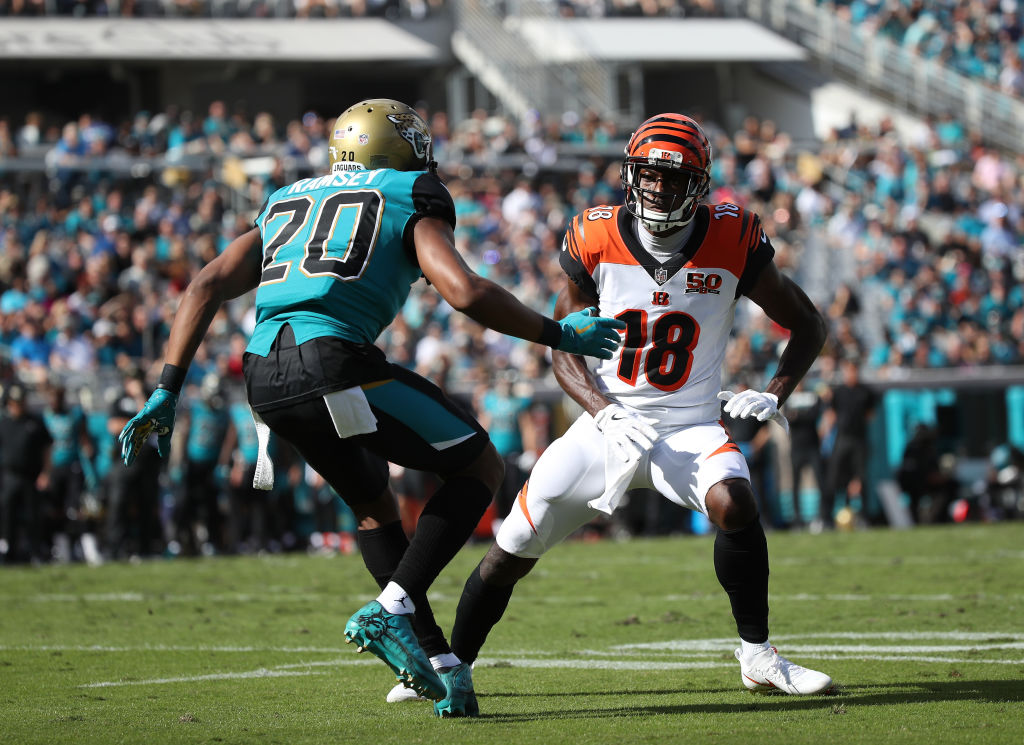 AJ Green’s temper got the best of him during Sunday’s game against the Jaguars, and he seems to be aware that the conduct he displayed is not acceptable, being that he’s one of the team’s leaders.

Green got into a physical altercation with Jalen Ramsey during the game, after jawing with the Jaguars cornerback throughout much of the first half. Tensions escalated at the end of a play in the second quarter, when Ramsey shoved Green to the ground. Green responded by putting Ramsey in a chokehold, and then following that up with a few punches (watch here). Both players were ejected for their role in the altercation.

The Bengals receiver was asked about the incident after the game, and while he didn’t mention being remorseful over what he did to Ramsey, he did apologize to his teammates and team owner Mike Brown.

“I apologize to my teammates, Mr. Brown, and everybody, because that is not who I am,” Green said, via ESPN’s Katherine Terrell. “It just got the best of me today.”

Green also elaborated on why he went after Ramsey, rather than taking the high road after the Jaguars cornerback shoved him. He said that he was subjected to cheap shots during the game and had to “defend himself.”

The Bengals receiver also added that he’ll accept whatever punishment the NFL hands down.

Admitting that his emotions got the best of him is a step in the right direction for Green, but he still has yet to apologize to Ramsey. Accountability is important, but he has to know that he can’t punch his opponents, no matter what they say or do to provoke him.