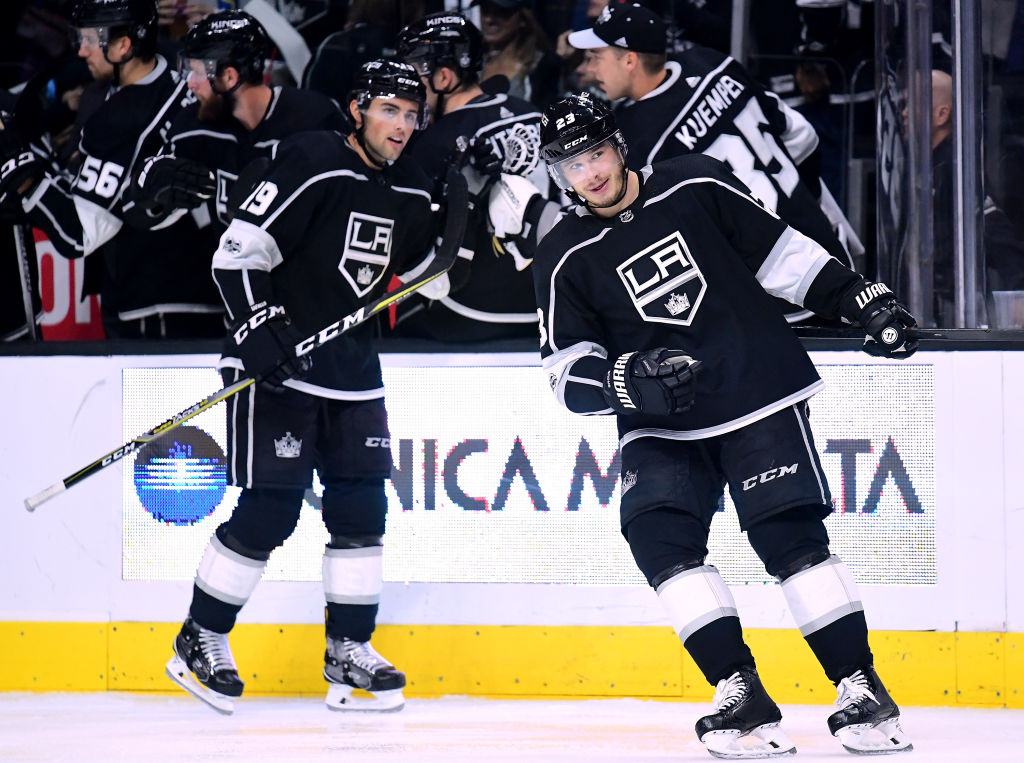 In his 14th game as a Los Angeles King, Alex Iafallo scored his first career NHL goal. The forward has played a big part in the successful start to the teams season, and was finally able to ring the buzzer during the third period of the Kings game against the Nashville Predators on November 4.

“I knew it was coming,” Iafallo said after the game. “Everybody was saying it to me, so I’m just glad it went in. It’s a pretty special feeling. I just wanted to stay positive and keep doing positive things out there and good things will happen.”