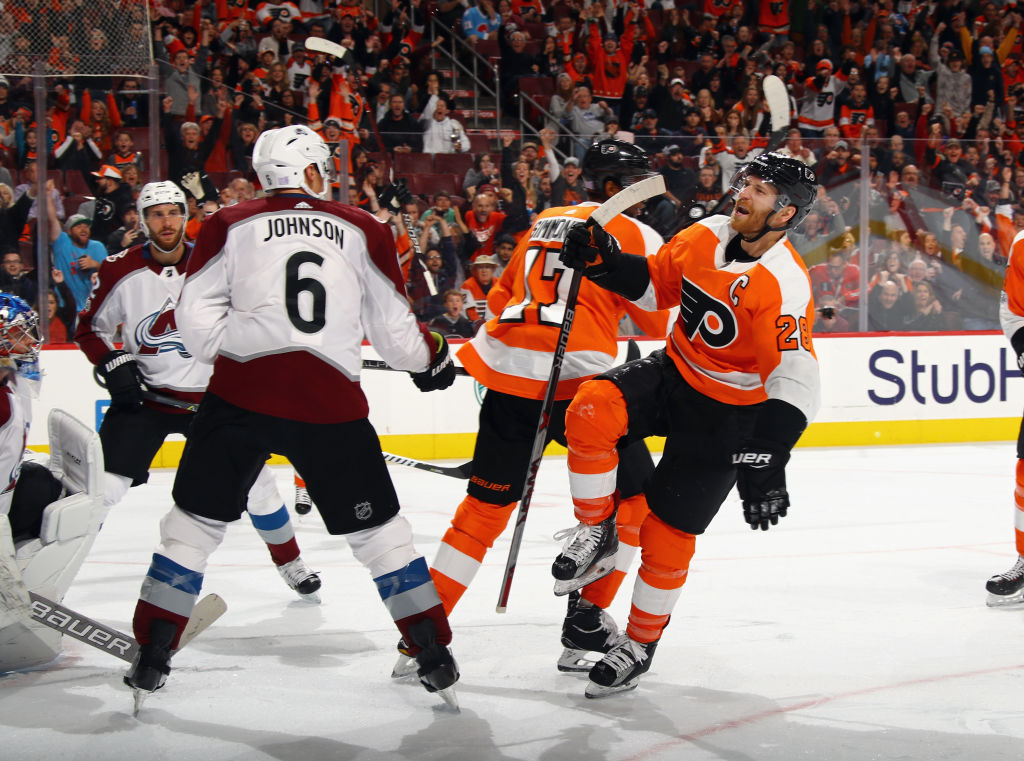 I’m the type of person who hates overtime. Yes, it’s exciting to watch but I get nervous, especially when you’re watching the game live, which I was in attendance for Saturday’s game. Shootouts make me even more nervous. Saturday, there were both.

Here are five takeaways from the Philadelphia Flyers’ shootout loss to the Colorado Avalanche:

5 Takeaways from Flyers vs. Avalanche

Claude Giroux is a man on a mission. It’s nice to see him performing the way that he is.

Blake Comeau’s shorthanded goal, which tied the game up at 2-2 in the second period. Yikes.

The Flyers get some much-needed time off as they will be back in action on Thursday against the Chicago Blackhawks.