Joel Edmundson on talented Blues forwards: "I’m glad they’re on our side" 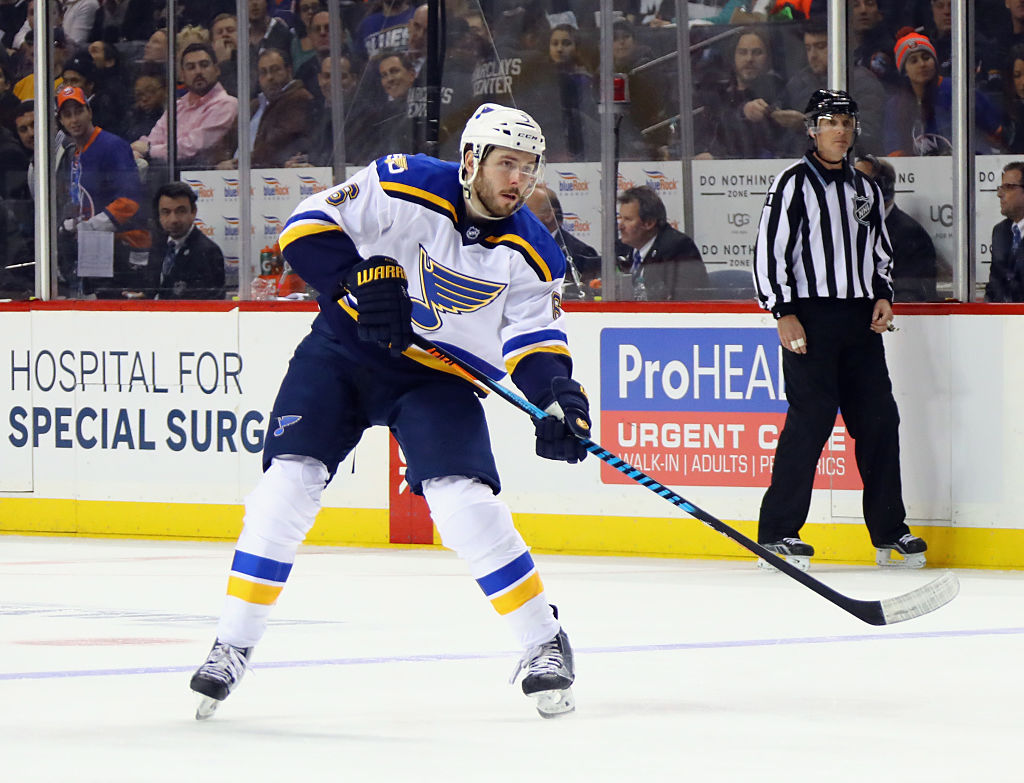 Joel Edmundson on talented Blues forwards: "I’m glad they’re on our side"

The St. Louis Blues rebounded in a big way following a disappointing shutout against the Philadelphia Flyers, lighting the lamp six times on Saturday against the Toronto Maple Leafs.

The offensive explosion saw some noteworthy performances, including four assists from Brayden Schenn and three from Jaden Schwartz. Adding in Vladimir Tarasenko’s goal and assist, the line combined for a goal and eight assists.

As seen against Toronto, the trio can be dominant.

When asked about the team’s offensive talent, Joel Edmundson put things pretty bluntly. He’s just happy those players are on his team.

“Every game I turn to (Robert) Bortuzzo or someone and I’m like these forwards are unbelievable. Something about them. Their patience, their work ethic. Those three (Schenn, Schwartz, Tarasenko) are fun to watch. I’m glad they’re on our side.”

The Blues are fortunate to have a balanced, threatening offensive attack that has seen several different players step up on any given night. That depth, the likes the Blues haven’t enjoyed in quite some time, is well balanced. Perhaps even more exciting is the fact some skilled youngsters are developing in the team’s system, waiting for their NHL opportunity.

As of the posting of this article, the Blues own the fourth-best total offense in the NHL with 49 goals in 15 games. However, when looking at their average number of goals scored per game, the Blues slide down to 11th with an average of 3.27. That seems to indicate that there’s still some room to improve.

With an 11-3-1 record, there’s no need to pick apart the Blues. There will always be areas where the team can improve. No team should ever be content with what they’ve achieved until they’ve picked up the Stanley Cup at the end of the year.

Still, the Blues are doing a lot of things right. Some players – and full lines, even – have been outstanding. Edmundson is right. Fans are lucky that players such as Tarasenko, Schwartz and others call St. Louis home.