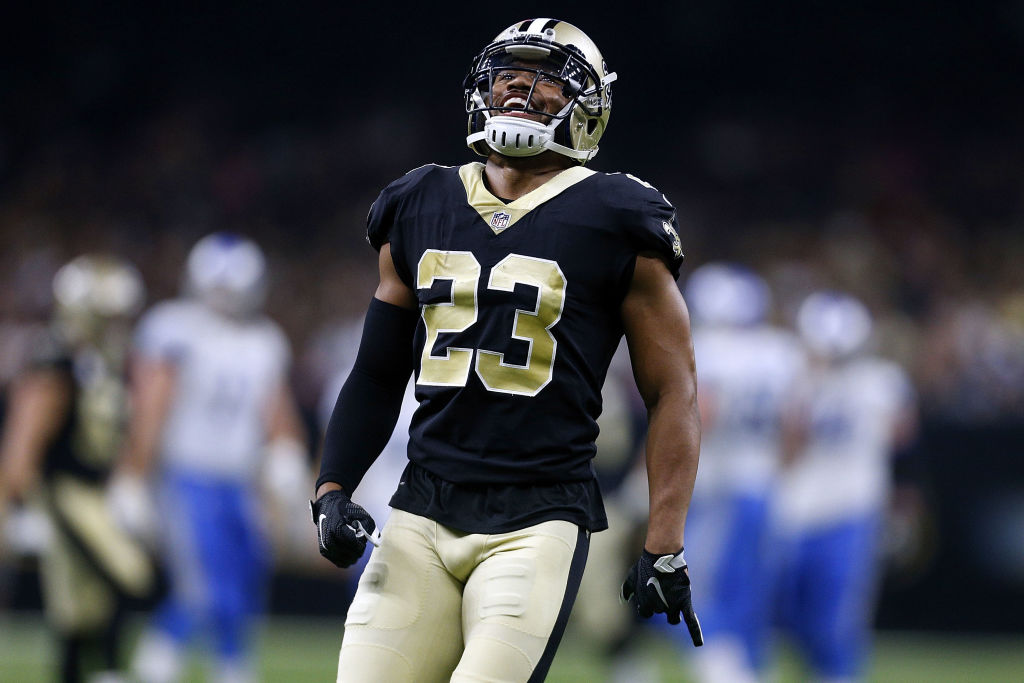 Bucs receiver Mike Evans was the subject of much criticism after he delivered a blow to the back of Saints cornerback Marshon Lattimore during Sunday’s game.

It happened in the third quarter, when Lattimore and Jameis Winston were getting into it on the sideline. Evans then came flying in and laid Lattimore out with a cheap shot.

Evans was not ejected for his actions, although many fans and analysts believed he should have been. Lattimore was asked about the incident after the game, and he actually surprised reporters when he said he was glad that Evans remained in the game.

“I wanted to go at him after that, so I was glad he wasn’t ejected,” Lattimore said, via Josh Katzenstein of NOLA.com. “They were just talking on the sideline, and I was turned away, about to walk away and he pushed the back of my head. I don’t play that, so I had to retaliate.”

Lattimore then elaborated on how he felt about the cheap shot.

“That’s the sneakiest of sneak moves,” he said. “Nobody has any respect for that. It is what it is. He did what he did.”

The Saints cornerback did raise a good point, as Evans hit him while his back was turned. Lattimore couldn’t react to Evans because he couldn’t see the cheap shot coming, so his “sneak move” comment holds a lot of weight.