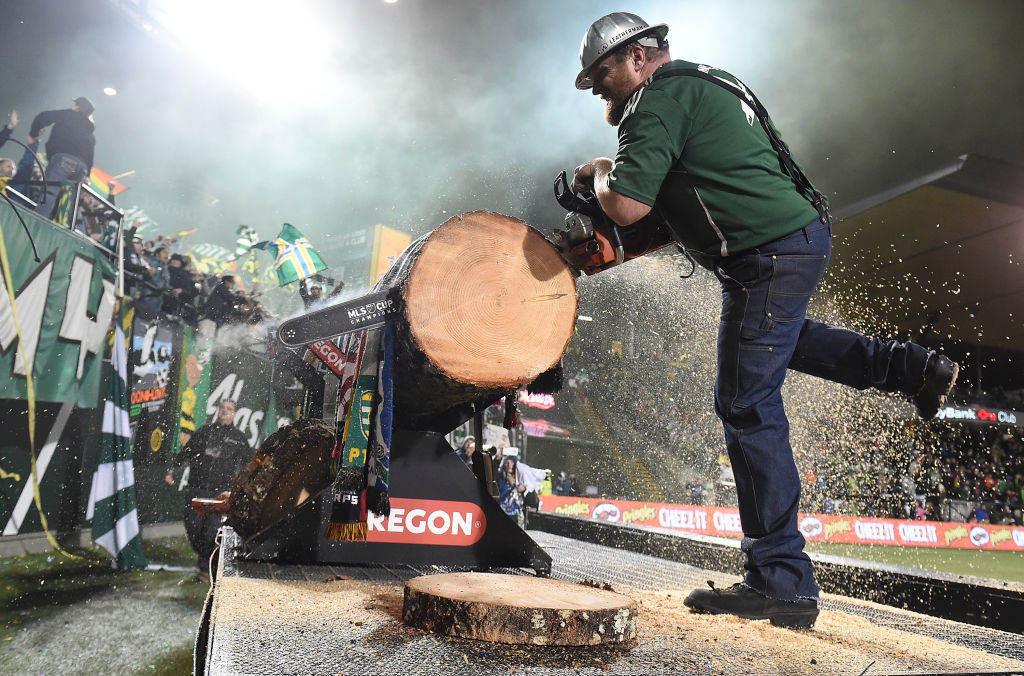 While the Seattle Sounders await the winner of the Portland-Houston match to determine their opponent in the Western Conference Finals, three games are on tap Sunday to determine which teams will compete for the MLS Cup trophy on Dec. 9.

Let’s take a closer look at the three games on Sunday and predict who will go on to the conference finals.

The first leg in New York saw Toronto beat the Red Bulls 2-1, scoring a brace on the road and giving them a clear advantage heading into Sunday’s match. Both midfielder Victor Vasquez and defender Drew Moor may be out due to injury, but even without them in the lineup, it’s hard to visualize TFC losing in front of their home fans.

The Red Bulls have some quality players such as Sacha Kljestan and Bradley Wright-Phillips, but Toronto will counter with Michael Bradley in the midfield and a potent goal-scoring tandem of Jozy Altidore and Sebastian Giovinco up front. Toronto already has two away goals from their first match as they return to BMO Field, and display a hunger to win the MLS Cup that seemed to elude them last season. Look for Toronto to pressure the defensive unit of the Red Bulls in a convincing 3-1 win, advancing one step closer to a rematch with the Sounders in December.

With New York City embarrassed in the first leg in Columbus 4-1, Patrick Vieira’s squad have a steep mountain to climb if they are to advance to the Eastern Conference Finals. While NYC FC defender Alexander Callens was shown a red card for elbowing Justin Meram in the face in the 52nd minute of the prior match, NYC seemed unable to pull together enough resources to slow down the Crew’s offense afterwards. David Villa scored a consolation goal, which is always important when away goals could become tie-breakers. But the Crew have not lost a match since Aug. 5, and with a seasoned manager like Gregg Berhalter, it’s hard to imagine Columbus ceding three goals while scoring none themselves.

The news that Columbus will likely be moving to Austin, Texas after the next season seems to have energized both the team and their fan base. Look for the home crowd at Yankee Stadium to cheer NYC FC to a 2-1 win over the Crew, but it will not be enough to prevent the Columbus Crew from advancing to the Eastern Conference Finals to face a tough Toronto FC team.

With the first leg in Houston ending in a 0-0 draw, a return to Portland should prove advantageous to the Timbers. After all, they return home to a raucous fan base, while Houston has won just one away game all year (against an anemic D.C. United team). Both teams have suffered injuries, but Dynamo goalkeeper Tyler Deric has been suspended for a domestic violence incident. While on paper this match should see Portland advancing to the next round of playoffs, there is one additional factor to consider. While Houston has only scored once in 210 minutes of playoff action, they have not ceded a goal in 447 consecutive minutes.

With the first leg in Houston resulting in a scoreless draw, look for Houston to score first while dropping back defensively the rest of the match. The Timbers figure to score a late goal to tie the game 1-1 (allowing Timber Joey to cut a slice of log), but it will not be enough. With an away goal scored in Portland, look for the Dynamo to advance to play the Seattle Sounders in the Western Conference finals based on the away goal tie-breaker.