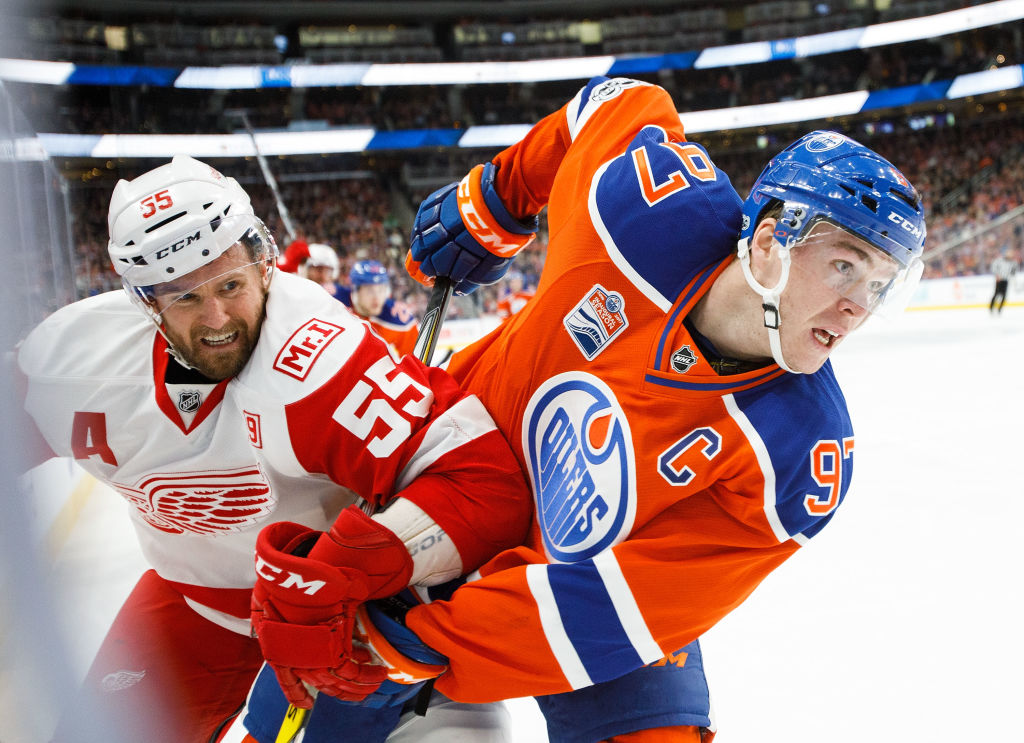 After a 6-3 win on Friday against the New Jersey Devils, the Oilers (4-7-1) take the ice this afternoon against the Red Wings (6-7-1). Both teams are off to a rocky start this year, with the Oilers certainly being the more surprising struggling team.

Friday night saw a bit of an offensive explosion, with Milan Lucic (0.5ppg) and Ryan Strome (0.42ppg) scoring after some pretty lackluster prior efforts. Scoring by committee is better than relying on the top line, and that secondary scoring is going to be important going forward.

If the Oilers want to make the playoffs, now is a good time to start winning some games. You know, American Thanksgiving and all.

The win on Friday was a good start, and a win today would start righting the course. The Oilers are historically bad in afternoon games, though, and the Red Wings are starting to come together and play better hockey, so who knows what’s going to happen.