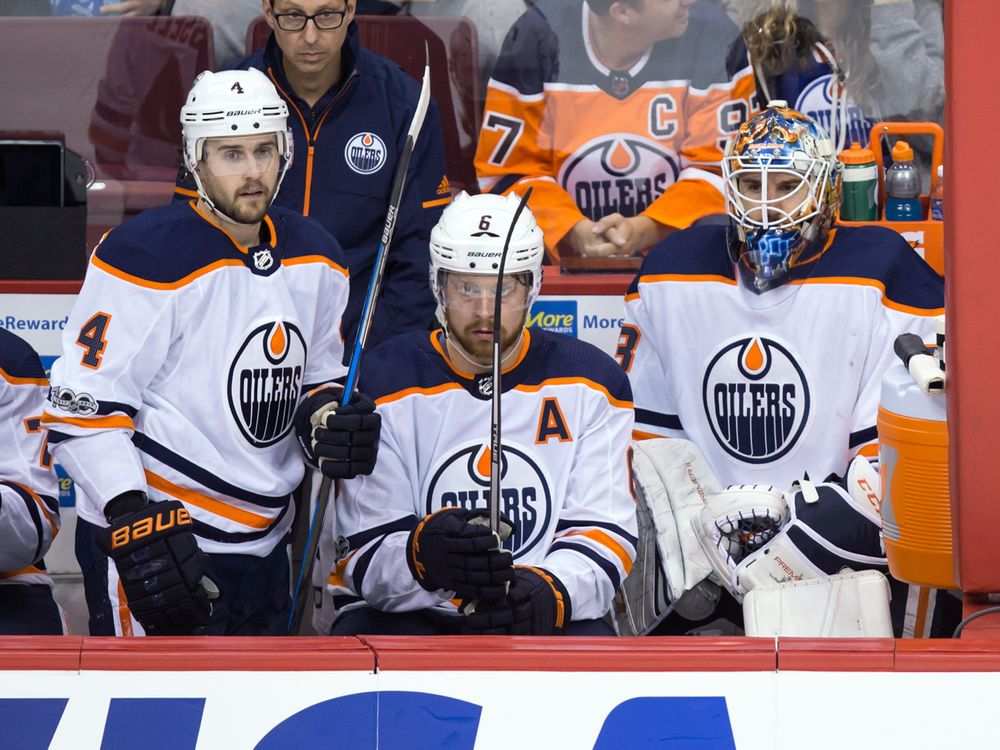 Remember Friday night? Friday night was a lot of fun, wasn’t it? A big win for the Oilers, excellent structure in their game, limited errors, secondary scoring! It was all there, and frustratingly, it looked like it may have been there to stay… hell, even just for the weekend.

Sadly, Sunday afternoon came with a game against the less-than-exceptional Red Wings, and the Oilers, have they have done routinely this season, failed to follow up. Amazingly, the Oilers have failed to win 2 games in a row 13 games into this season, but with the effort that was displayed at Rogers Place today, it really isn’t all that surprising.

Oilers are 0-4 and have been outscored 14-5 in the four games after they've posted a win.

Although the Oilers came out in the first few minutes of this game looking like they were shot out of a cannon, it would take less than 4 minutes for the wheels to fall off. After generating a few chances early, Frans Nielsen would (beautifully) tip home a goal on the second Detroit shot of the game, to put the Red Wings ahead 1-0. Just 5 minutes later, Nyquist would be left completely alone in front of the net, and score his 5th of the season, to double the lead.

From there, the game was all but over. Part of the reason why last season was so fun and encouraging, was that you always felt that the Oilers were in the game, no matter the score. If this were last year, and the Oilers found themselves down 2-0 in the first 10 minutes, a lot of us would have been confident in their abilities to climb back in the game. Confidence and resilience were massive characteristics of the 16/17 squad, and it was part of the reason why they were able to sport a 103 point season.

Unfortunately, that isn’t the case now, with Edmonton resembling a team more along the lines of the Eakins era. Once they get down early, the wind gets let out of the sails, and a long march to minute 60 ensues. It’s frustrating as hell, and a recipe for a playoff-less spring.

This team is a dead ringer for Eakins2. Some talent, decent process, decent shot metrics, but roster gaps make something look … broken.

What is the ailment? It’s hard to pinpoint. Yes, the Oilers have largely been in control of the shot share so far this year, but the danger in their shots is extremely inconsistent. They are struggling to score, again, with goals coming in isolated bursts, as seen against the Devils two nights ago.

It’s to such an extreme, that the under .500 Wings can come into Rogers Place, start their backup goalie (who hasn’t been great), and still get the shutout.

I wish there was more to say, but really, it’s that simple. They should be better than their record, but they aren’t. Lethargic, apathetic efforts from much of the roster in games like today, will only make things worse.

Is it too late to turn things around? Are any trades at this point ultimately pointless in terms of  securing a postseason birth? The answer to both questions might just be yes, and that is the worst part.

Zero consistency and damn near zero reasons to think it may get better. That stings.

Oilers Player of the Game

Iiro Pakarinen gets the nod tonight, with there really only being 2 contenders. I was close to just saying no one, but in fairness to Pakarinen, he did some good things this evening. For starters, he actually played with passion, which was in scarce supply. That passionate effort resulted in 3 shots on goal and 4 hits in 13 minutes of ice time.

Have to say, it is bang-head-here levels of craziness when the best player in a game for your team is being awarded for registering a few shots and hits. Warning sign #3048.

"I don't think there's any head scratching. We just flat out have to be better." @cmcdavid97 on #Oilers early-season struggles pic.twitter.com/yo4m98ve8u

Up Next: Jordan Eberle and the Islanders

The Oilers will head off on the road, and first up is Jordan Eberle and the New York Islanders. A strong trip (say 2-0-1 or 3-0), and we can maybe start to have a discussion about the ship correcting. A poor trip and the season is effectively over, if it isn’t already. Massive to say the least.