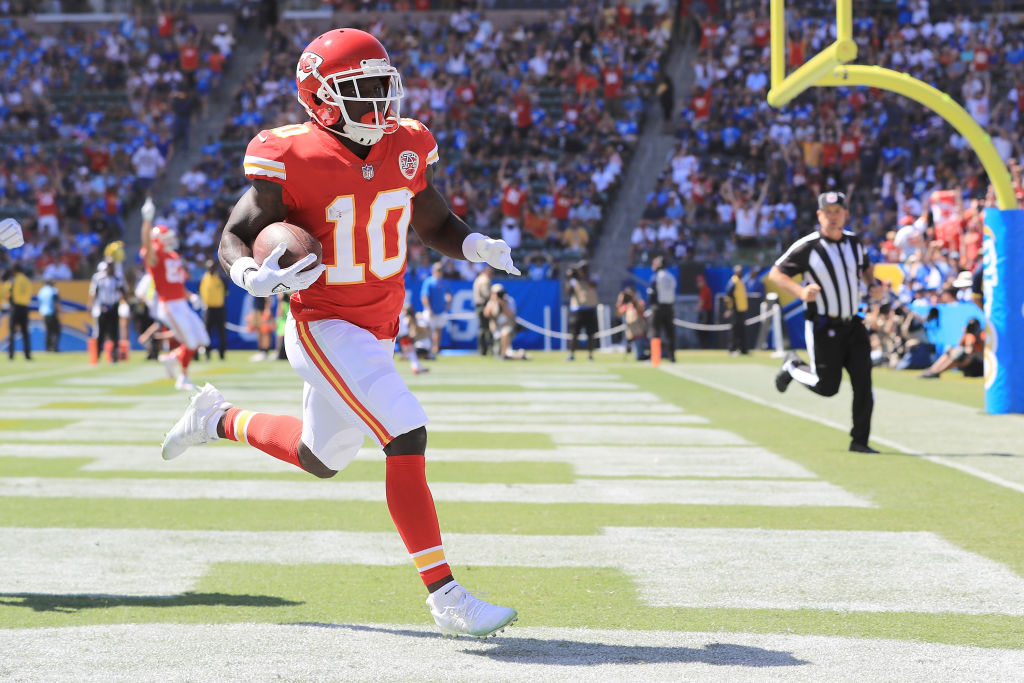 All the Dallas Cowboys had to do to take a double-digit lead into halftime of Sunday’s game against the Chiefs was keep its opponent out of the end zone, which seemed like an easy task, given that Kansas City was on its own 44-yard line with only seconds remaining in the half.

Alex Smith elected to throw a pass to Tyreek Hill, which traveled roughly 20 yards. Hill had plenty of blockers in front of him, but it seemed impossible that he would find the end zone before being tackled.

He first juked Orlando Scandrick, and then turned on the afterburners to burst through a hole, leaving a few Cowboys defenders in the dust. Remarkably, none of the would-be tacklers could bring him down, and he casually strolled into the end zone.

Absolutely unreal RT @cjzer0 I cannot believe the Chiefs just got the Cowboys with this pic.twitter.com/iOUpiUJyFa

The result was a momentum-changing touchdown, and the Chiefs, somehow, trailed only 14-10 at the half.