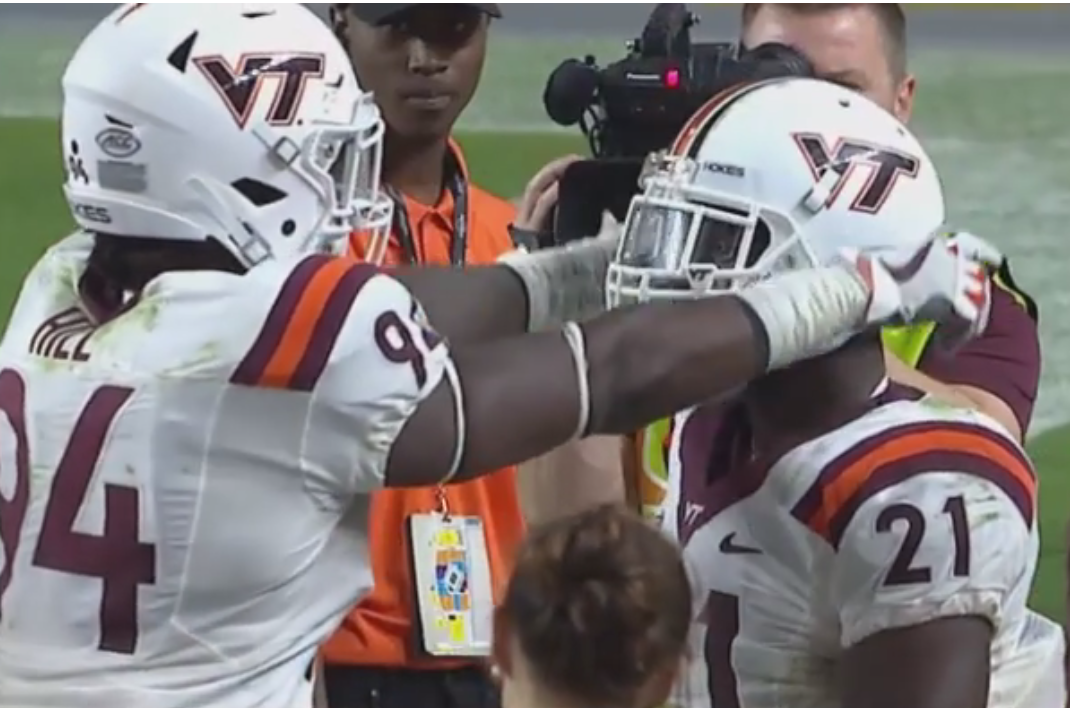 Virginia Tech and Miami squared off on Saturday night in an ACC matchup that had College Football Playoff implications, and there was no love lost on the field between these two conference rivals.

In the third quarter of the game, the Hokies stepped their troll game up when safety Reggie Floyd intercepted a Malik Rosier pass and returned it for a big gain. He was then met by teammate Trevon Hill, who made it look as if he were putting an invisible turnover chain around Floyd’s neck, and then followed that up by ripping it off.

Miami got the last lough, though, as the Hurricanes cruised to a 28-10 victory to remain undefeated.