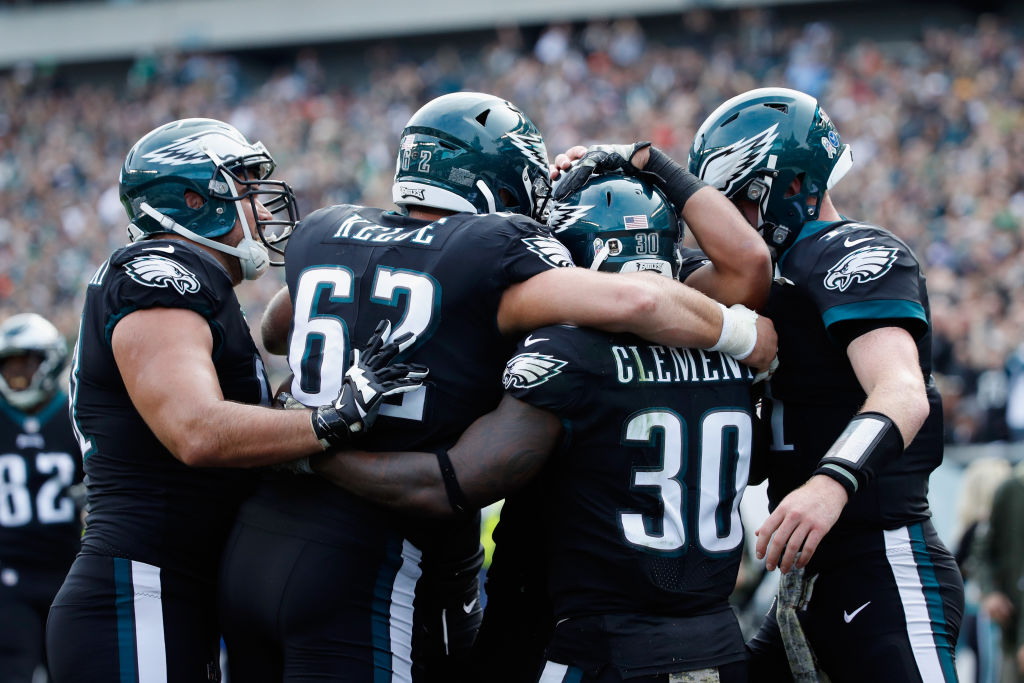 FIFTY-ONE POINTS! The Philadelphia Eagles took off and did not look back as they steamrolled over the Denver Broncos by the final score of 51-23 to improve to 8-1 on the season.

The top-ranked Eagles defense was first out for the day, going up against Brock Osweiler, who was handed the starting job this week. Osweiler and receiver Demaryius Thomas found an early groove, connecting on a few key passes. Denver used the solid ball movement to set up a 52-yard Brandon McManus field goal to go up early.

The Eagles offense, without their biggest target in Zach Ertz, got off to a hot start, especially through the air. When it looked like Denver caught up to them, a defensive holding call gave the Eagles a fresh set of downs. Quarterback Carson Wentz would soon after throw up a beauty of a 32-yard touchdown pass to receiver Alshon Jeffery, their fourth hookup of the season.

After the Eagles defense completely shut down Denver’s offense on their next drive, leaving them pinned deep in their own territory, the Eagles offense came back out, and continued getting the job done through the air. Though the Broncos kept them out the endzone, that did not stop Jake Elliott from knocking through a 45-yard field goal to extend the lead.

Denver’s offensive struggles continued as Osweiler tried to squeeze a pass to Thomas that would be picked off by cornerback Patrick Robinson. The Eagles quickly took advantage with a 15-yard catch and run by running back Corey Clement for the Eagles second touchdown of the day.

The next Broncos possession started with good field position thanks to a 43-yard punt return by Isaiah McKenzie to the Eagles 44. After a potential first down catch by receiver Emmanuel Sanders was ruled incomplete as he did not maintain possession, McManus hit his second field goal of the day, this time from 52 yards out.

On the Eagles very next drive, it was more of the same with Wentz and the Eagles continuing the pass attack. Denver would rack up their seventh penalty of the day in the form of a roughing the passer, which proved costly for them. Wentz’s hot hand would strike again with a 27-yard touchdown pass to tight end Trey Burton.

Later in the second quarter, the Broncos were finally able to get movement with their offense, getting all the way down to the Eagles six yard-line. The Eagles defense would hold up, forcing Denver to settle for a 22-yard McManus field goal.

The Eagles next possession featured the moment we all were waiting for. After plowing through for a solid first-down run, newly acquired running back Jay Ajayi took off for a 46-yard touchdown run.

The Eagles played the clock game coming into the second half, putting together a drive that took up over half of the third quarter. The drive would be capped off by a two-yard touchdown run by Clement.

Later in the quarter, Osweiler committed another turnover, wildly heaving up a pass that would be intercepted by safely Rodney McLeod. The Eagles took advantage with a four-yard touchdown pass from Wentz to Jeffery.

Denver would get two late touchdowns, first with a one-yard touchdown pass from Osweiler to Thomas, and then with a strip-sack on quarterback Nick Foles which linebacker Brandon Marshall scooped up for the score.

Foles would not relent after the turnover, throwing a perfect floater to receiver Nelson Agholor to put the red zone. The Eagles took advantage with a four-yard touchdown run by Clement, tucking the game away for the Eagles seventh straight win.

The Eagles will have a much deserved week off for their bye before returning to take on the division-rival Dallas Cowboys on Nov. 19 for Sunday Night Football.