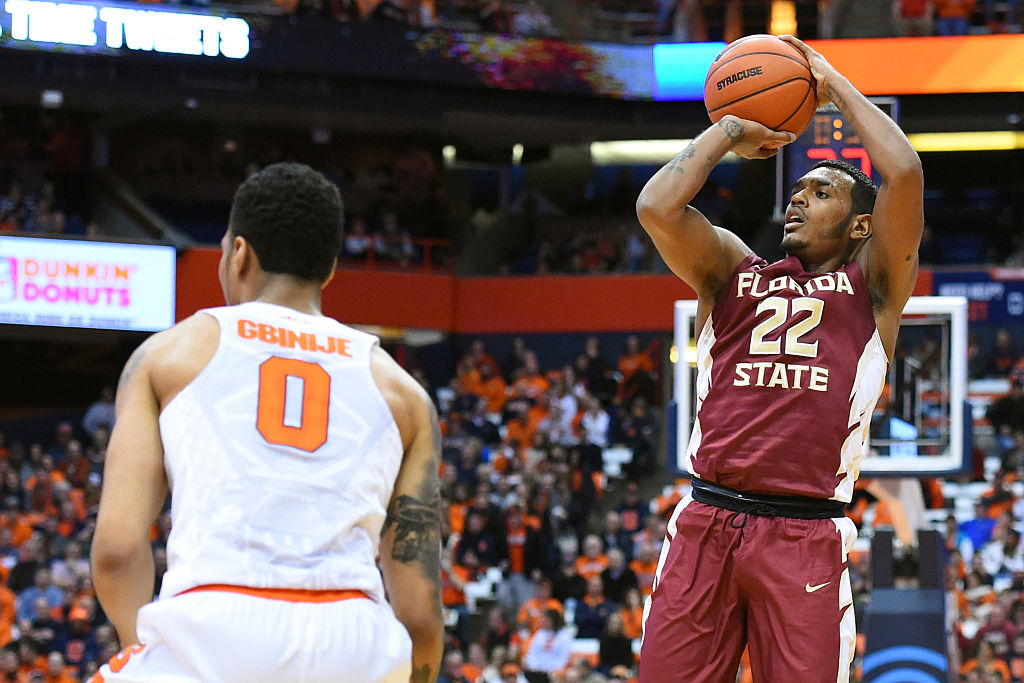 The Westchester Knicks kicked off their fourth season in the NBA G League against the Windy City Bulls on Saturday. It was the season opener to remember. The starting five of Trey Burke, Xavier Rathan-Mayes, Nigel Hayes, Isaiah Hicks and Luke Kornet looked promising. Rathan-Mayes excited the crowd with his ball handling and playmaking. He made a slew of great passes and set up the team well.

The Florida State product also showcased his confidence with the three-ball. He drained his three shots from downtown in the first quarter, all a part of a 13 point first quarter. In the final minutes of the first half, Rathan-Mayes got through Windy City’s defense and picked up another basket. He finished the game with 21 points, 10 rebounds and eight assists on 8-of-17 shooting from the field and 3-of-7 from deep.

His backcourt mate, Trey Burke, looked good as well. Burke and Rathan-Mayes looked to have nice chemistry. Both were able to create plays for the team and played well off the ball. Burke totaled 21 points and six assists.

Both two-way players put on great performances. Luke Kornet was doing a little of everything early on both ends of the floor. He recorded three of his four blocks in the first quarter and was knocking down three’s. The big man logged 18 points, 7 rebounds and 4 blocks on 7-of-13 shooting from the field and 3-of-6 from three-point range.

On several plays, Westchester’s prospects were fighting for the loose ball and the team greatly benefited from it. The hustle paid off, because the Dub Knicks shot 48 percent (12-of-25) from beyond the arc.

Under head coach Mike Miller, the Westchester Knicks are 2-1 in season openers. The victory against Windy City marked Westchester’s first-ever win against the Bulls.