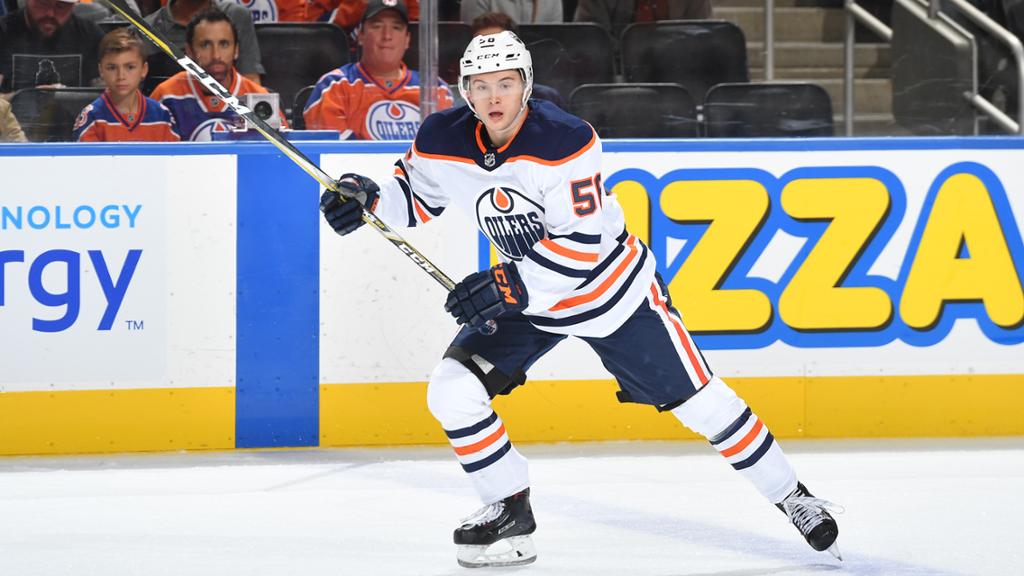 Yesterday, Kailer Yamamoto was one of Edmonton’s best players in their 4-0 defeat at the hands of the Detroit Red Wings. Yamamoto provided Edmonton with speed up front, and was arguably their hardest working player outside of the fourth line. Today, Yamamoto is heading back to the WHL and the Spokane Chiefs.

Yesterday was Yamamoto’s ninth NHL game, meaning the first year of his entry-level contract would have been burned if he had played another game at the NHL level. With today’s move, Yamamoto will not lose a year on his deal, meaning he will still have three years remaining on his entry-level deal when next season begins.

While he was one of their best players yesterday and is without a doubt one of the fastest players available to Todd McLellan, this was 100% the right move by the Oilers. Fact of the matter is, Yamamoto just isn’t ready to handle the everyday rigors of the NHL and contribute offensively. That’s not an indictment on the player, it is just the reality for an 18-year old small forward drafted only a few months ago.

I liked the pick at the time it happened in late June, and honestly I like it even more today. Kailer Yamamoto showed a lot to me during training camp, the preseason and his nine-game stint during the regular season. He’s further ahead than I thought he was, and I don’t rule out him being ready a year from now and contributing to this team’s offensive group.

When we talk about replacing Jordan Eberle’s goal scoring production on the right wing, I think the logical choice for the future is Yamamoto. The kid is going to be a real player and I think he has the tools to be a true offensive contributor in the NHL.

The right move was to send him back, let him dominate the WHL and play for Team USA at the World Juniors next month. He may be ready to rock next October.

I thought for sure Chris Kelly would be signed by the Oilers the moment Yamamoto went to junior, but that was not the case. Instead, the Oilers elected to recall Brad Malone from Bakersfield. Personally, I’m pleasantly surprised by that decision.

I don’t think Kelly has anything left in the tank, and I thought Malone earned a roster spot in the preseason. When he was recalled earlier in the year, I was really impressed with how Malone worked and how he played his role. To me, there is no doubt that he deserves to be on Edmonton’s NHL roster at this time.

In eight AHL games this season with Bakersfield, Malone has three points, two of which are goals. He’s pointless in three NHL games so far, but he left a solid impression with this observer.

I suspect Malone will slide into Edmonton’s bottom-six tomorrow night in New York, and I wouldn’t be shocked if he got some time on the penalty kill right away. That is a strong suit for this player.