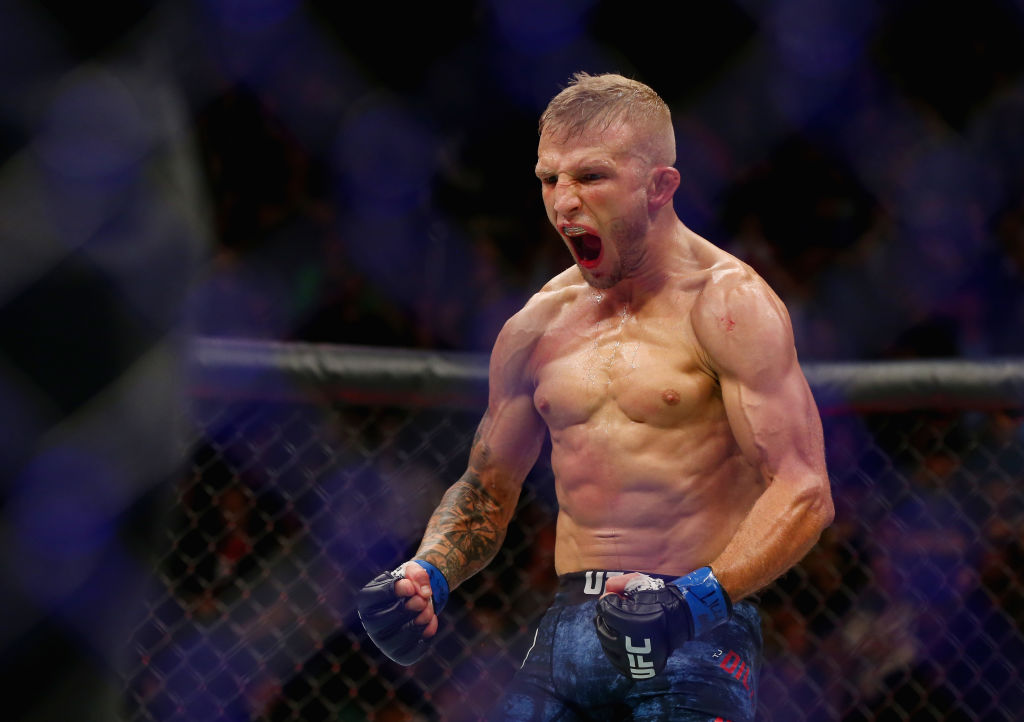 in their bantamweight bout during the UFC 217 event at Madison Square Garden on November 4, 2017 in New York City.