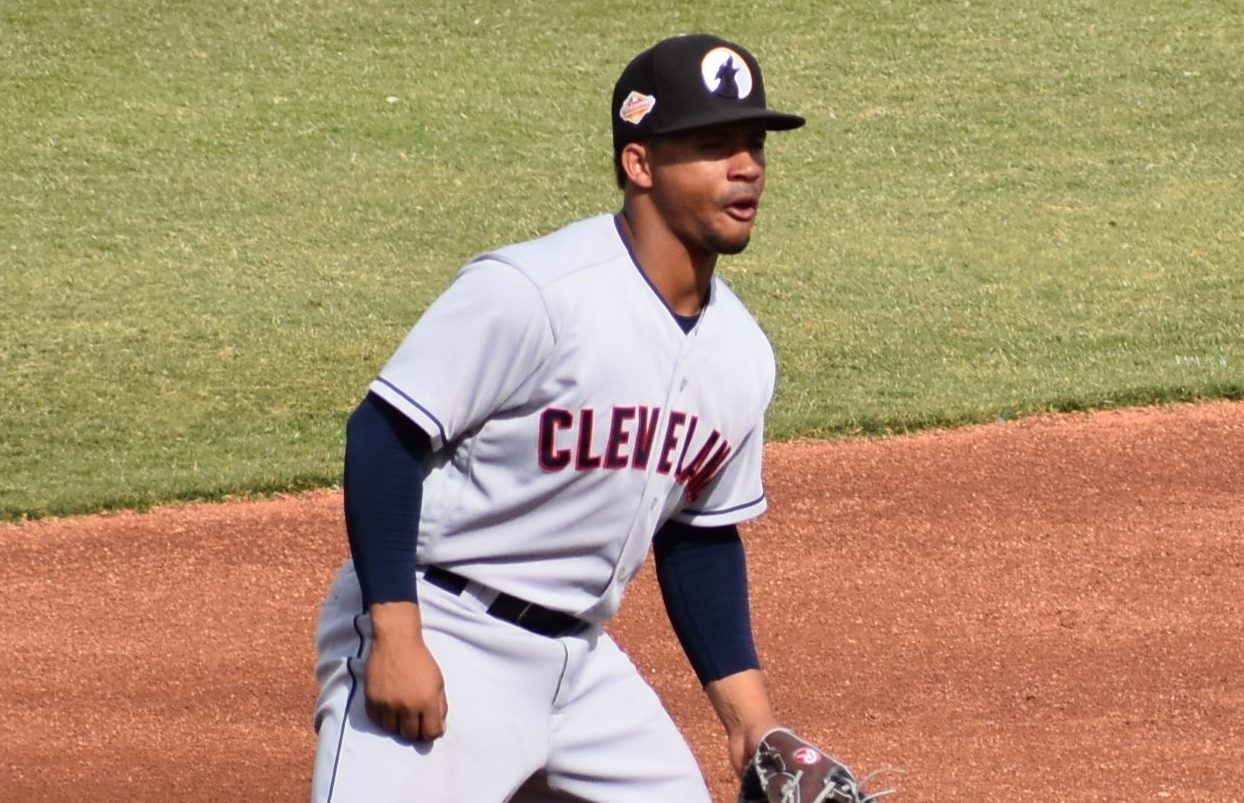 The Arizona Fall League took a short break on Saturday to recognize which players stood out during it’s extremely short season with the Fall Stars game at Salt River Field in Scottsdale. The Indians had two players selected to represent the West and the Glendale Desert Dogs, Francisco Mejia and Argenis Angulo with Bobby Bradley among those eligible for the final vote.

The West lost 4-2 and a decent part of the blame could certainly fall upon Angulo, who blew a save and took the loss while allowing three runs on two hits and a walk. Mejia, however, had a fine game as the DH with a double and strike out in two at bats.

As the weather in Arizona finally cools down, Mejia is scorching hot right now. He leads the AFL with a .396 average and went into the Fall Stars game with a hit in all eleven games played this year. Of course,  this is the man who racked up hits in 50 consecutive games in 2016 between Lake County and Lynchburg, so extended hit streaks are nothing new. What is new is his position.

Mejia warms up on the infield at Camelback Ranch in the 2017 AFL. – Joseph Coblitz, BurningRiverBaseball

While he was the DH in the Fall Stars game, he has been playing more often at third base of late and I had a couple opportunities to see him there live in the last week. Unfortunately, he was not given many opportunities to show off, although he did make one nice barehanded play to get the runner at first. If there is a worry, it is that he plays so far behind the base that a few batters have been content to just lay down a bunt in front of him (including the not so quick Josh Naylor (1B, Padres) and there is no way he could possibly get to the ball in time. While playing back has the advantage of greater reaction time, as he becomes more accustomed to the position he will have to creep in a bit more or he’ll essentially be giving up on anything hit slowly down the line.

Even though his Major League position has yet to be set, one thing we know for sure is that he can hit like a Major Leaguer. He dominated MLB pitching in Spring Training in 2017 and beat up AA pitchers in Akron all season. Now, he’s doing the same against a mixed range of pitchers, but there has been nothing to contrast the idea that he can start the 2018 season with the Major League team in Cleveland.

The rest of the Indians offensive players aren’t having quite as good of a time in Glendale right now. While he did have a run with seven hits in four games including two doubles and two home runs, Bobby Bradley is 1 for his last 14 with 9 strike outs and still hasn’t walked this season. Tyler Krieger is 0 for his last three games (11 AB) and has seen his season line drop to .184/.262/.289. Ka’ai Tom has been fine when he’s played recently, but he has just one appearance in over a week (2 for 4 on Noveber 1).

Brady throws during a start for the 2017 Glendale Desert Dogs in the AFL. – Joseph Coblitz, BurningRiverBaseball

Sean Brady had a rough start when I saw him on October 27th, allowing four runs in 2.2 innings, but he had a great return outing on November 2nd. This time, he five innings for the first time this fall and allowed just three hits with no walks and four K’s. The only run that scored came home on an error by the catcher on an attempted steal of third. After some struggles with control during the season, he’s now walked just two in 14 AFL innings compared to 12 K’s.

Things haven’t look so good for any of the Indians relievers as Argenis Angulo, Leandro Linares and Luke Eubank all had rough outings within their last two appearances. In Angulo’s final appearance before heading to Scottsdale, he allowed three runs on three hits in a complete inning, making his season numbers look anything but star like. Eubank allowed two runs and three baserunners in 0.2 innings in his second to last appearance and Linares five earned runs in his last three appearances (3 IP) after giving up five unearned runs in his previous two. It is important to note that defense has been fairly poor for the Desert Dogs this year and official scorers seem to always favor the fielder, but the Indians relievers have not been very good at missing bats either. This is particularly bothersome for Linares, who now has two strike outs and three walks in seven innings.