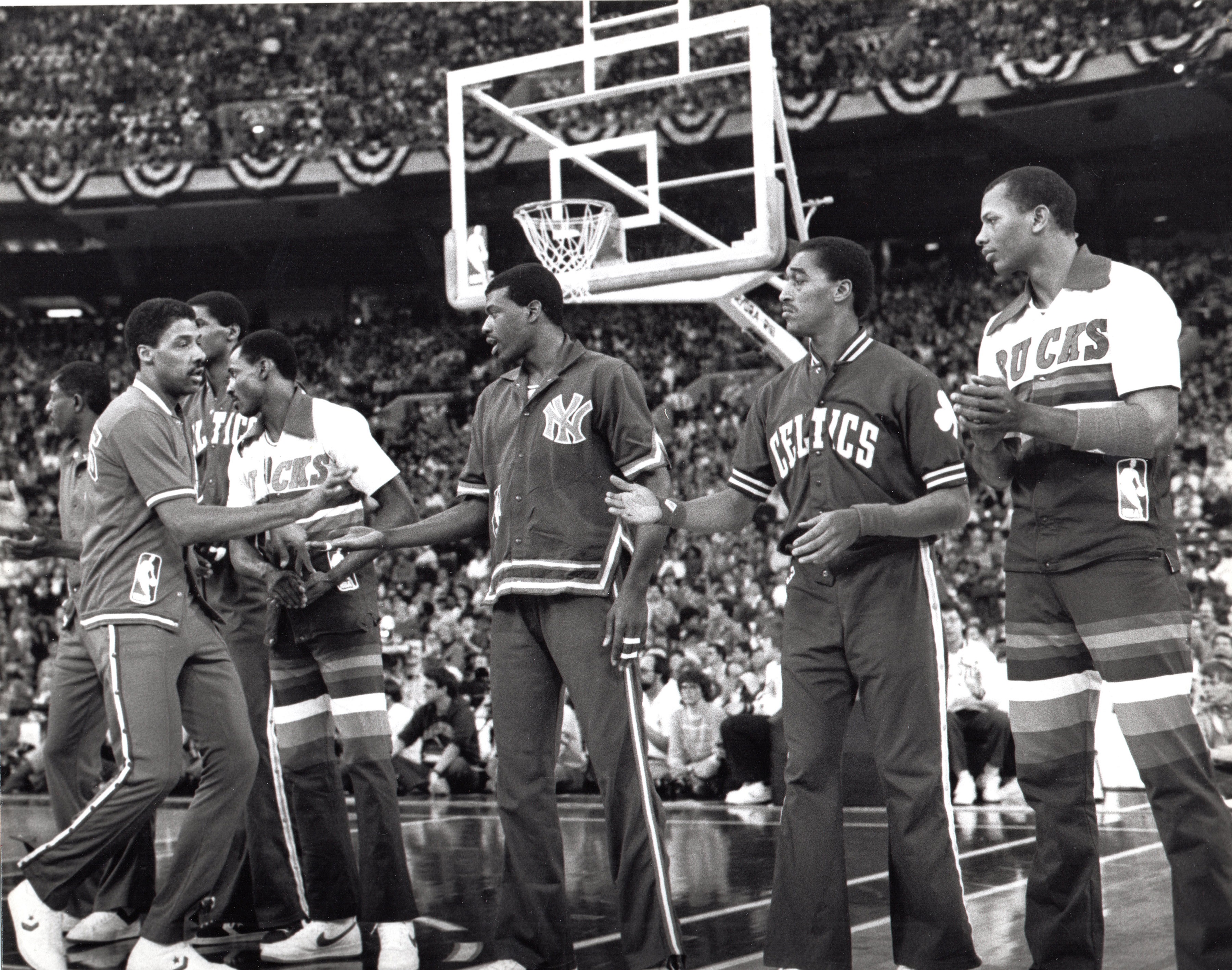 Bernard King is in the news again. A man associated with many Knicks’ records and respective accomplishments, it’s only right that the Basketball Hall of Famer’s own dominance on the court is tied to the soaring emergence of Kristaps Porzingis in some way. Through ten games, Porzingis is among the NBA’s leading scorers with 30 per game. Helping New York get off to a surprisingly steady start, the young gun has surpassed King’s previous mark of most points by a Knick to start the season. Porzingis has tallied 300 total points, besting King’s mark of 298 in the same span.

In a conversation with KnicksJournal.com, King said that having new players chase and subsequently beat his own records is a positive development, because it allows him to reflect and become aware that such accomplishments have stood tall for so long.

As Porzingis garners praise for this latest display of prowess, King is celebrating a new accomplishment of his own.

Now a published author with the release of Game Face: A Lifetime of Hard-Earned Lessons On and Off the Basketball Court, King is taking an opportunity to share “a more personal side of my story with the general public. I’m taking the readers on a journey,” he said.

“I’ve been an enigma in many ways as it relates to the public at large. The public has never really known me. Athletes are human beings,” King explained. “When I take the court, I’m an an athlete. Outside of that, I have the same frailties, ambitions, issues, and everything else a person has. It’s what you decide to do about those things that determine who you are.”

Basketball fans may know about how King rose to basketball prominence, starting with “The Bernie and Ernie Show” at Tennessee. They know about his special offensive skills, punctuated by consecutive 50 point games in January of 1984 and a 60 point scoring outburst on Christmas Day the following season. Knicks fans can recall the way he led the charge in thrilling postseason battles with the Pistons and Celtics. Unfortunately, they are also well aware of the gruesome torn ACL injury that sidelined King for a good amount of three NBA seasons.

In his book, King provides his passionate following with a window into his world and the hardships of his rehab, and the heart and determination it took to make his way back. He shares more about the man he’s come to be, complete with a look at the obstacles he’s faced along the way: divorce, re-marriage, a trying relationship with his mother, the temptations of drugs and alcoholism, and the decision to seek out therapy as he looked to find himself again following retirement from the NBA.

“I think that anyone reading the book can find themselves within my story. I am looking to help others that may have similar challenges in life,” King conveyed. “If they’re looking to motivate themselves, I’m hoping to inspire others.”

As the NBA star opens up, he’ll surely be celebrated by Knicks fans across the area. His book tour includes stops at a Westchester Knicks game on November 10th, a Q&A with longtime Knicks beat writer Harvey Araton at Words Bookstore in Maplewood, New Jersey on the 11th, and an appearance at the NBA Store in Manhattan on the 13th.

“The relationship with Knicks fans has always existed. They’ve appreciated me, on the court and off of it. That’s conveyed to me every time I’m in New York,” the Brooklyn native said. “We have a special connection. They saw my passion, desire, will, and spirit. I represented the city well. I was the city. I represented the legacy of the organization.”

It was important for King to step out on the MSG hardwood following his injury, even if his Knicks tenure didn’t last long after that.

“I hear the standing ovation right now. Visualization has always been very big for me and I can see the crowd. I see myself bouncing up and down. I feel the nervousness. I’m transported back there. That moment was about the fans letting me know that they appreciated the work I put in to get back. Regardless of how I played, they loved me,” he beamed.

King understands that New York’s fan base craves success and excitement, and knows the players will be rewarded if they satisfy such a hunger. He raved about Porzingis, who is just beginning to give the home crowd a taste of what he can do.

“It’s amazing that Porzingis, at his size, has the skills to put the ball on the floor. He can run the floor, launch shots, shoot the ball from three — beyond the three-point mark. He’s got a mid-range game and Knicks fans have something to look forward to,” King added. “You throw Enes Kanter into that mix and look at all the other developing pieces. Tim Hardaway Jr. is very exciting to watch.”

As a player, King made it a point to expand his game and learn a new move every summer. He already perceives a similar tenacity and growth in Porzingis.

“Porzingis has a high basketball IQ. When you have tremendous skill, talent, and IQ, you’ll always be able to adjust your game, regardless of what the defense does. You’ll show something different. I watched Porzingis last year, and it’s clear he’s grown as an offensive player. That ‘up and under’ move, he can just turn and shoot over his defender. You can’t defend that.”

There’s no doubt Porzingis is off and running, taking the Knicks, their fans, and the rest of NBA by storm. He’s doing it all in the absence of Carmelo Anthony, who has looked up to King his entire life. In the end, both sides moved on and already appear to be better for it.

“Carmelo performed at the highest level. The fans got the very best of him. He came to play every single night and delivered. He didn’t have the help he needed to succeed,” King asserted. “If you look around the NBA and the winning teams, star players are alongside similarly talented players. You need that. Carmelo never truly had it in New York. I’m happy for him now. Hopefully he finds that success.”

If there’s ever any doubt that Anthony wanted to succeed as a Knick, King said his mentee gave it his all. The failure to win big ultimately came down to something that was out of his control, much like King’s own tenure in orange and blue did with his injury. Nevertheless, one can dream.

“If I had Patrick Ewing when I played in New York, we’d both have a championship right now,” King said excitedly.

It wouldn’t be surprising to think most Knicks fans would agree.