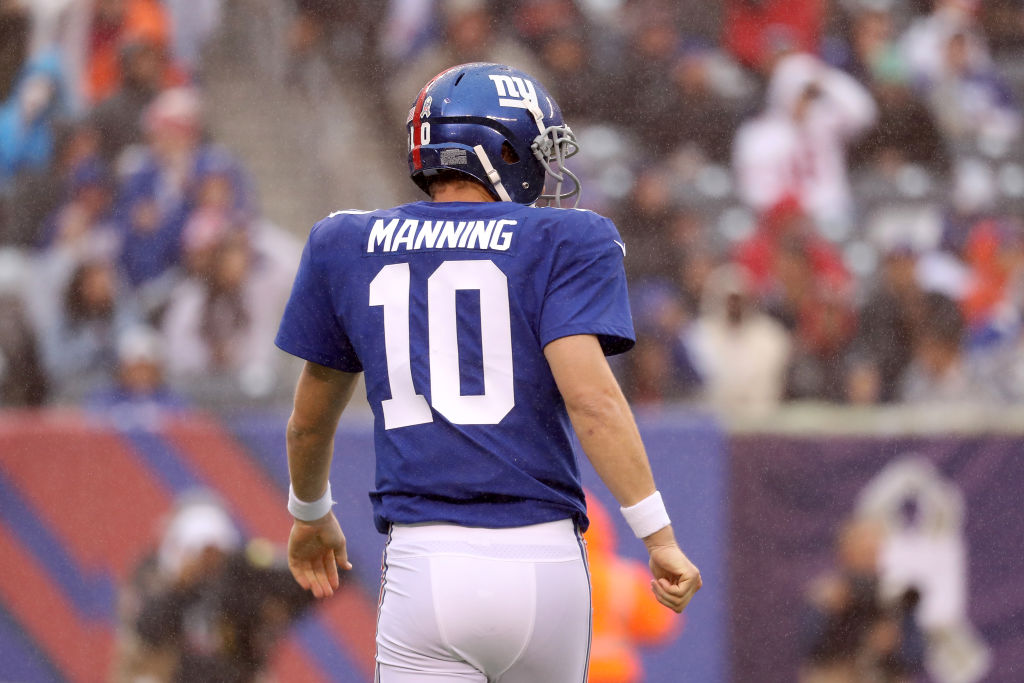 Giants quarterback Eli Manning could soon lose his starting job if he doesn’t improve his play on the field, but he doesn’t seem to be feeling the pressure.

Manning, who has completed 63.2 percent of his passes this season, isn’t the main reason the Giants have a 1-7 record, but the 36-year-old’s lack of mobility isn’t doing wonders for the offense, either.

Head coach Ben McAdoo told reporters on Monday that he wasn’t opposed to benching Manning in favor of rookie quarterback Davis Webb, in order to “get a look at him.” Manning, however, claimed he didn’t hear McAdoo’s comments about Webb, in speaking to the media on Tuesday.

“I understand that I got a job to do and I got to do it better and do it well and get wins and if you don’t, everybody’s job is up for grabs in this league,” Manning said, via John Healy of the New York Daily News.

Manning also said that he and McAdoo have a good relationship, and that the two recently discussed the situation.

“He said he’s got faith in me and keep grinding,” Manning said. “So, that’s what we’re doing.”

It’s not surprising that Manning took the high road regarding McAdoo’s comments about Webb, as he’s never been one to get caught up in comments not directly concerning him. Still, he’s likely aware of the possibility that Webb will get a shot to start under center at some point this season, and it could just be a matter of when.