New York Mets Could Be Busy In Free Agency 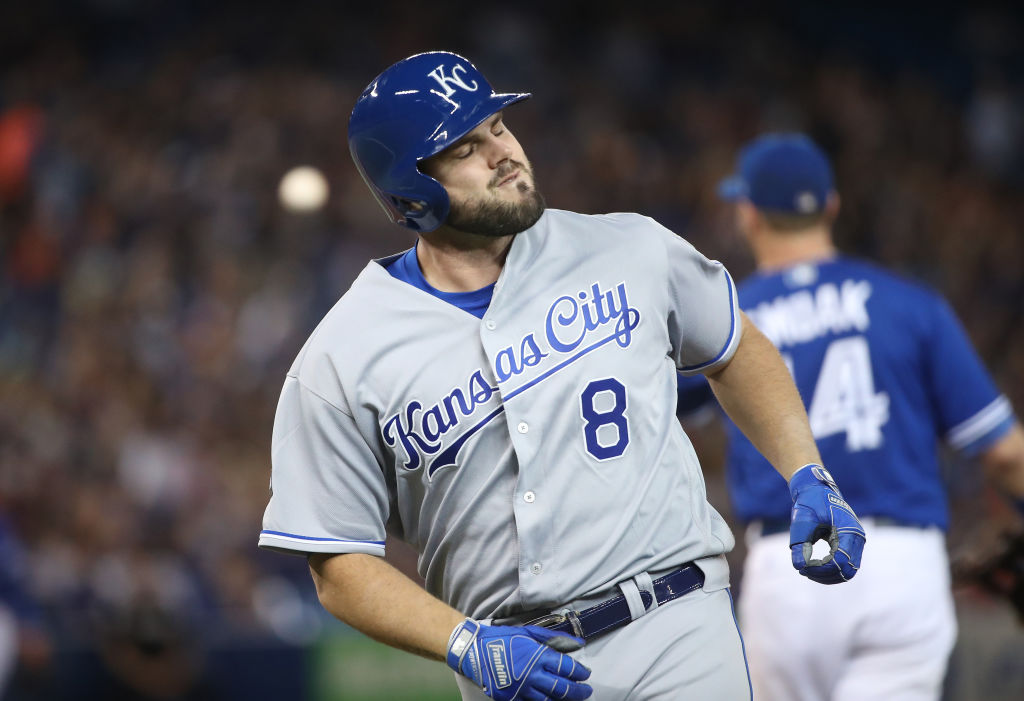 New York Mets Could Be Busy In Free Agency

After declining from a World Series appearance in 2015 to a 90 loss campaign in 2017, the New York Mets have a lot of work to do. The Mets still have a solid nucleus in place thanks to their young starting pitching staff, as well as slugging outfielders Yoenis Cespedes and Michael Conforto, but they need to supplement that core in free agency. Free agency officially kicked off yesterday, and the Mets do have a fair amount of money to spend on their roster. Here’s a look at some areas the Mets could address during a potential offseason shopping spree:

TORONTO, ON – SEPTEMBER 21: Mike Moustakas #8 of the Kansas City Royals reacts after grounding into a double play in the fourth inning during MLB game action against the Toronto Blue Jays at Rogers Centre on September 21, 2017 in Toronto, Canada. (Photo by Tom Szczerbowski/Getty Images)

Third Base: David Wright is still on the books for the Mets, but they will be looking to give themselves a more reliable option at the position since Wright has only played in 75 regular season games since the start of 2015. The big ticket item at third base is Mike Moustakas, who batted .272 with 38 home runs and 85 RBI’s this season for the Kansas City Royals. Moustakas, 29, is entering his prime so he should be able to build on those numbers and help anchor a lineup for years. There figures to be a lot of interest in Moustakas, who could easily earn a $100 million deal in free agency, money that the Mets don’t appear likely to spend. More cost effective options could include former Yankees Todd Frazier and Eduardo Nunez, both of whom offer positional versatility as well.

Outfield: The Mets have two outfield spots locked in with Cespedes and Conforto, but the third needs to be filled. One option is to fill it cheaply by platooning Juan Lagares and Brandon Nimmo, but the Mets simply have too many questions on offense to hope those two become a big league caliber platoon. The best option is another former Royal, center fielder Lorenzo Cain. Cain is 32 years old so there is some risk to giving him a multi-year deal, but he could help the Mets immensely for the next few years. The Mets could also opt to put Conforto in center field and a power hitting corner outfielder. J.D. Martinez is the premier player in that market, but he will likely be out of the Mets’ price range. Other options include former Met Jay Bruce, Jose Bautista, Carlos Gonzalez, Cameron Maybin, and Carlos Gomez. This is an area the Mets could also seek to upgrade via trade.

Starting Pitching: The Mets theoretically have plenty of starting pitching, but the rotation was ineffective and injury prone throughout 2017. The group really missed the presence of Bartolo Colon, who was never the most overpowering member of the rotation but always dependable. Colon gave the Mets plenty of innings and wins in his three years in Flushing, and GM Sandy Alderson has said he will look into a “Colon type” starter for the back of the rotation. Some reasonable options could include pitchers looking for a one year deal to re-establish their value (such as Jaime Garcia) or veterans nearing the end of their careers (like John Lackey, Matt Garza, Jason Vargas, Colon, or former Met R.A. Dickey).

Bullpen: The bullpen revolution has become a big part of the game in the past few years, and the Mets are a bit late to the party. The Mets have the start of a strong bullpen with closer Jeurys Familia and top setup men A.J. Ramos and Jerry Blevins, but no one of proven quality beyond them. The bullpen could use at least two quality arms, preferably a righty and a lefty, so the Mets figure to sign at least one in free agency. There are plenty of proven righties on the market, including former Met Addison Reed and Bryan Shaw, who pitched for new manager Mickey Callaway in Cleveland. The lefty market isn’t as robust, so the Mets may opt to sign a righty and trade for a lefty, or acquire two right handers with the ability to get lefties out.