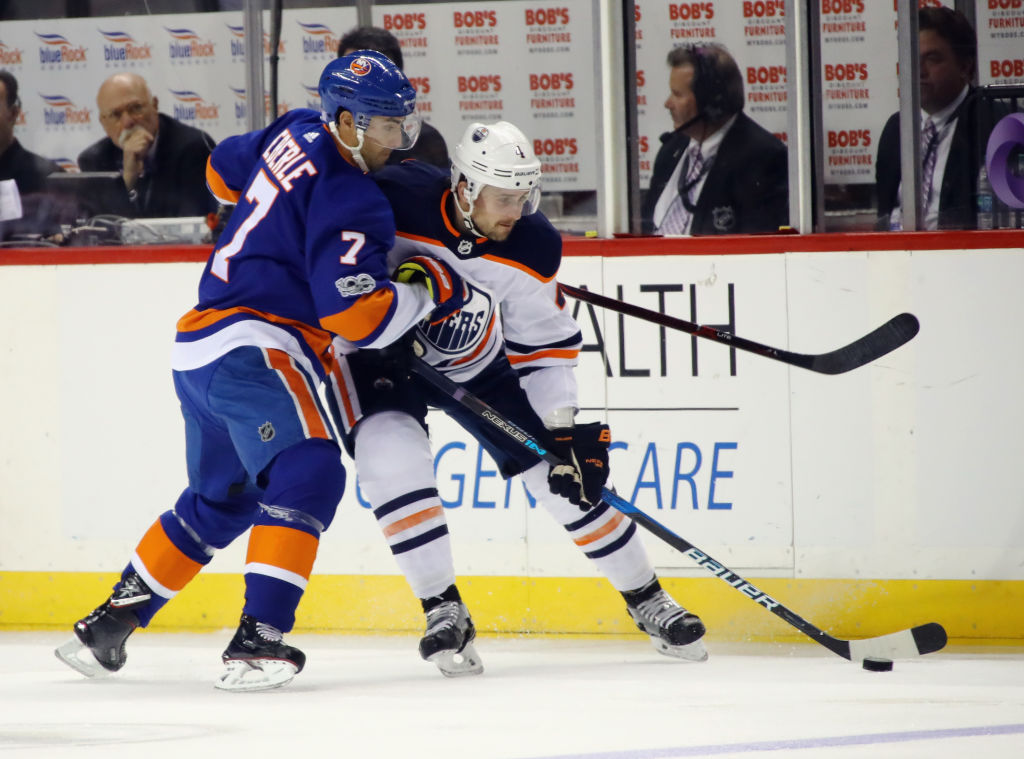 NEW YORK — Jordan Eberle had the goal, but Ryan Strome got the win.

It was a night of mixed emotions for the former Edmonton Oiler and New York Islander, respectively, as they faced off against their old teams for the first time since being trade last June. Eberle spent seven seasons with Edmonton Oilers, which drafted him 22nd overall in 2008.

“It was really weird to be honest,” Eberle said about playing his former team. “The first period it’s something you can’t really prepare yourself for, but as the game went on I settled in and started to play. I didn’t really know what to expect. It’s definitely weird when you see that. You’re mind starts to settle in after the first or the first few shifts and it’s just another hockey game.”

Eberle has appeared in all of the Islanders first 15 games of the year and has found his scoring touch recently since joining forces with Mathew Barzal. Eberle has five goals over his last five games, including his game-tying goal on Tuesday.

While Ryan Strome didn’t play much of a factor in the game his new teammates were able to come away with the 2-1 overtime win over his former teammates. Strome, who spent his entire career with the Islanders, was honored during the first stoppage of play on the scoreboard and received a nice applause from the 12,281 fans in attendance

Prior to the game, Strome reflected on his time with the Islanders.

“A lot of firsts,” Strome said. “First goal, first game. That’s stuff you’re going to remember forever. All momentos that I have in my house and obviously in my brain. Good memories and it’s kind of weird to look back. I feel like I’m old, but I’m not. It feels like forever ago.”

The Islanders will not face the Oilers again until March, when Eberle will make his first trip back to Edmonton.