Kulemin Placed on IR Allows Quine to get Back in Lineup 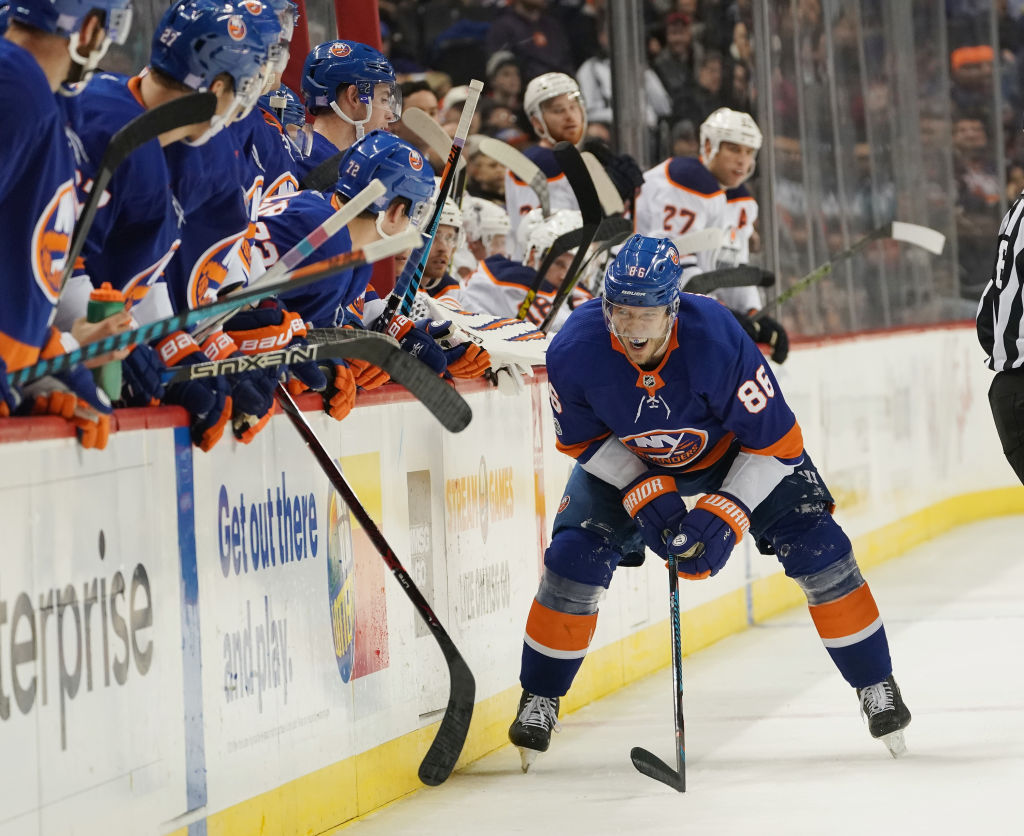 Kulemin Placed on IR Allows Quine to get Back in Lineup

EAST MEADOW, N.Y. — Nikolay Kulemin was placed on injured reserve after suffering an upper-body injury in Tuesday’s overtime loss to the Edmonton Oilers.

The Islanders forward will not make the trip out west with the team, when they face the Dallas Stars and St. Louis Blues on Friday and Saturday. Kulemin underwent an MRI while the rest of the team was practicing on Long Island.

“It’s tough losing Kule,” Weight said. ” I worry about it because he’s reliable. One of the best penalty killers there is in the league, especially within our system. Within our top group of four, sort of speak, so it’s a tough loss.”

The Islanders head coach expects to have a time frame for Kulemin’s injury within the next 48 hours.

The news of Kulemin’s status was announced a few hours after the team revealed that Alan Quine had been recalled from his conditioning stint in Bridgeport. Quine was on the ice at Northwell Health Ice Center for practice with the Islanders and Weight said “I would definitely plan on seeing (Quine) on Friday.”

Quine has not played for the Islanders this season after the team announced in September that he would be sidelined four to six weeks with an upper-body injury. Quine had been assigned to the AHL conditioning stint on October 26 and appeared in four games with the Bridgeport Sound Tigers.

Quine scored one goal for Bridgeport during his four game stint with the Sound Tigers.

“He obviously missed camp and had to get his timing back,” Weight said.  “But Alan has really, really grown as far as getting his strength and his skating is a big asset for him. I think he was just scratching the surface last year.”

Quine appeared in 61 games with the Islanders last season — his first full year with the NHL club — recording five goals and 13 assists in that span.