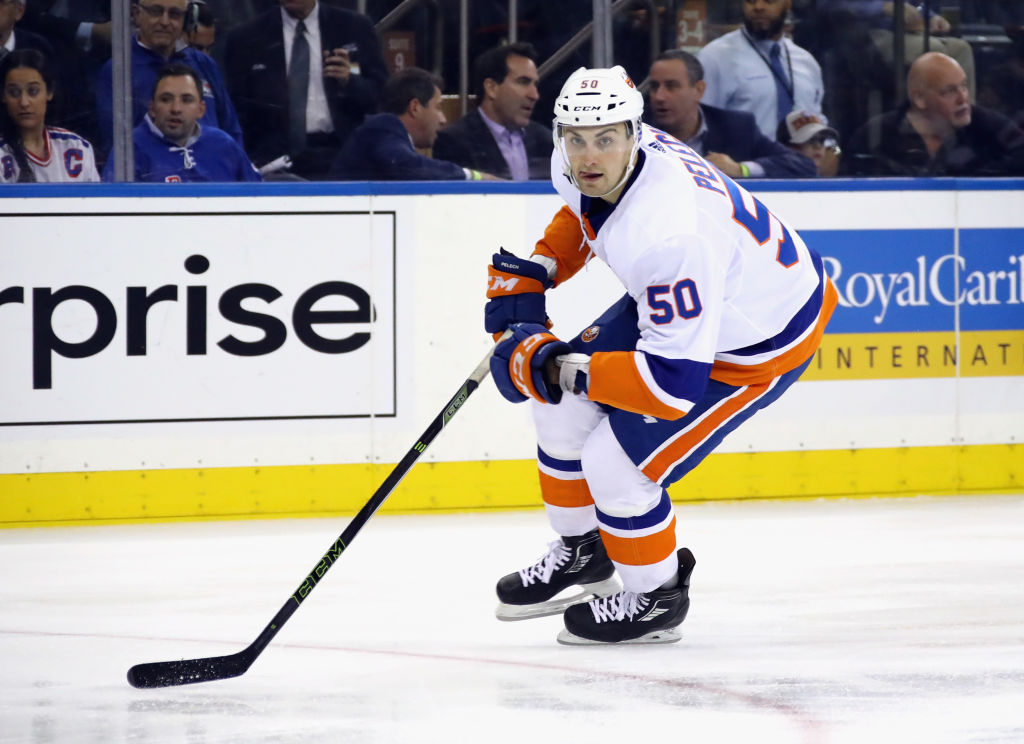 EAST MEADOW, N.Y. — Adam Pelech may be back in the Islanders lineup on Friday.

Pelech has been a lineup mainstay since the start of the season before the undisclosed injury forced him to miss three games. The Islanders defenseman has held his own through his first 12 games of the season, recording four points in that span and averaging 18:16 of ice time.

“(Pelech) to me deserves to play when he’s ready to play,” Weight said. “I will look at the fact we play two (games) in two days and see if that will have affect. That’s more of a medical question, but when he’s ready he’s going to play.”

Weight hasn’t made a decision who will start in Dallas, but the Islanders coach said that Jaroslav Halak and Thomas Greiss will split the goaltending duties during a short two game swing through the midwestern United States.

The Islanders will play in Dallas on Friday and St. Louis on Saturday before having four days off before their next game. Greiss has started the last two games for the Islanders, coming away with a win on Sunday against Colorado and being between the pipes during a 2-1 overtime loss to Edmonton on Tuesday.

Halak hasn’t started a game since the Islanders 4-3 loss to the Washington Capitals last Thursday. Halak struggled mightily in the game making 15 saves on 19 shots and finishing the night with a .729 save percentage.

“I don’t think I’m at the point where I want to play two on travel days and things like that,” Weight said about his goaltending. “I’m planning on splitting them. I’m going to do a little research and talk to Freddy (Brathwaite). Talk to Tom, talk to Jaro and hopefully have that for you guys for the morning. I don’t want to get ahead of myself.”

Pizzutello, who just happened to be with Ledecky, approached approached the fan and his mom and introduced them to the Islanders owner. Ledecky hooked the fan up with a VIP experience to a recent Islanders game. SI Live.com has the full story and can be read here.

Ledecky has made himself quite visible since the start of the season, siting down with the media twice and continuing to make himself accessible to fans. It’s a big change from previous ownership groups.