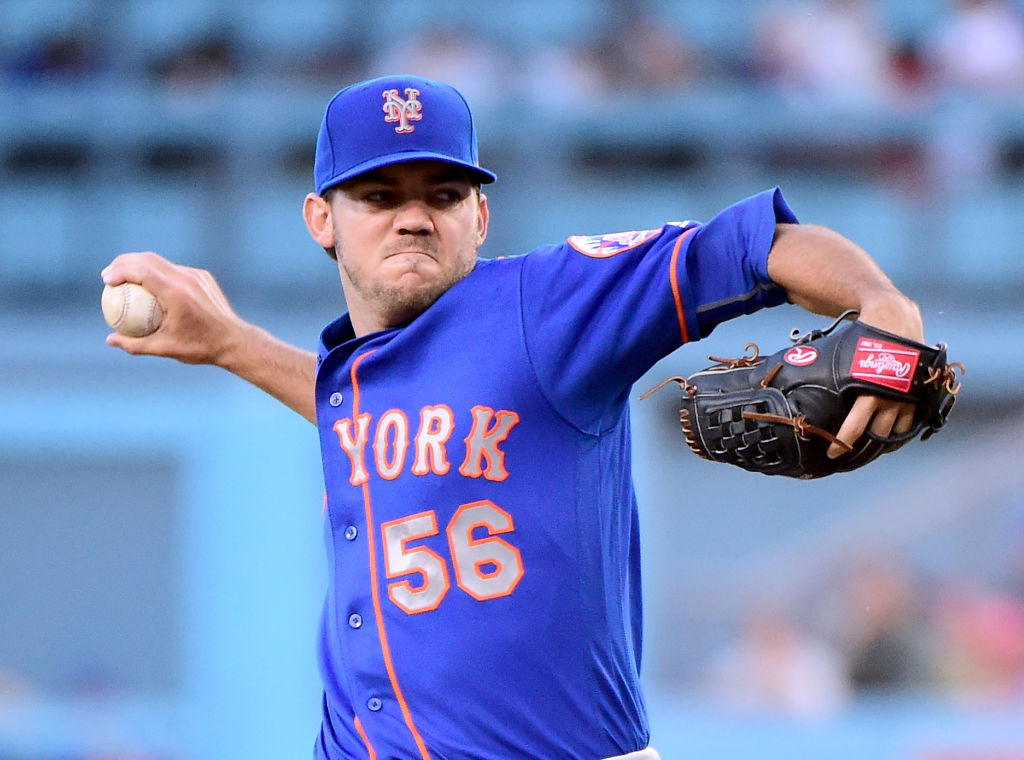 Now that the 2017 season is over for the New York Mets, we have been looking back at the year that was. After taking a more general view of the offense, pitching, and coaching staff, it’s time to take a look back at the Mets’ players. This series will take a look at every player on the active roster for the Mets at the end of season from A (Nori Aoki) to W (David Wright). The review will look at their season statistics, stories, and what role (if any) they will have next season. We continue our series today with a look at starting pitcher Tyler Pill.

Story: Tyler Pill entered the 2017 season as an afterthought for the Mets, who were loaded with starting pitching talent. Injuries and poor performance created an opportunity for Pill, who got off to a hot start for Triple-A Las Vegas, pitching to a 1.96 ERA in his first seven starts. Pill made his big league debut on May 27th, giving up a run in two thirds of an inning in an extra inning loss to the Pittsburgh Pirates. The Mets had Pill make his first big league start on May 30th and pitched well, giving up a run in 5.1 innings. That performance earned Pill a second start, a rematch against the Pirates that didn’t go as well when Pill gave up five runs (three earned) in five innings pitched. The Mets demoted Pill to the bullpen after that, where he made one more relief appearance before being sent back to Triple-A. The demotion didn’t last for long as an injury to Steven Matz gave Pill the chance to make a spot start against the Los Angeles Dodgers on June 21st. Pill was shelled again, giving up six runs (five earned) in six innings. The Mets sent Pill back to Triple-A again, where he stayed until late July, when he was recalled to give the bullpen an extra arm for a couple of days. Pill made two more appearances before getting sent back again, where he pitched with Las Vegas before developing arm trouble. Exams revealed that Pill required season ending arthroscopic elbow surgery, preventing him from contributing to the Mets in September.

Pill looked the part of a AAAA pitcher when he pitched in the majors, showing some guts but not much in terms of stuff. Scouts compared Pill to former Met Dillon Gee when he was promoted, which appears to be apt since Gee got by on guts and location rather than overpowering stuff. Pill didn’t demonstrate the ability to really command his stuff, leading teams to pound him in his few big league opportunities.

The Mets outrighted Pill off of their 40 man roster at the end of the season, making him a minor league free agent. Pill could always come back to the Mets on a minor league deal, like Phillip Evans did after suffering the same fate, but he doesn’t appear to be too high on the team’s priority list. Even if the Mets do bring back Pill, he would need to put on an incredible display in spring training to earn a spot on the active roster. The odds of that happening are very slim.

Check back tomorrow as our Player Review Series continues with a look at catcher Kevin Plawecki!