OJ Simpson kicked out of, banned from Las Vegas hotel 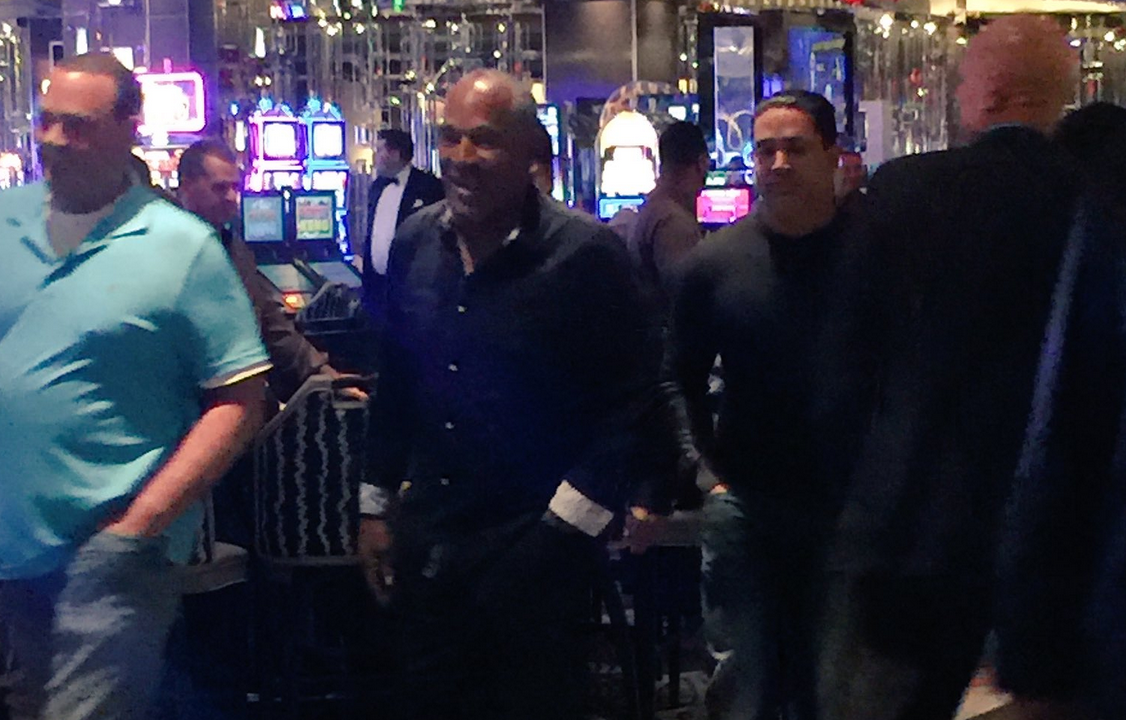 OJ Simpson kicked out of, banned from Las Vegas hotel

The Juice is loose in Las Vegas, and we now have proof that it’s not possible to make up for lost time.

Former NFL running back O.J. Simpson, now 70 years of age, has been spotted partying it up in Las Vegas recently. The problem is that he’s now 70, and doesn’t really have the greatest reputation, which can create problems when he’s out and about in a lively atmosphere such as the one in Las Vegas.

Simpson was at the Cosmopolitan Hotel in Las Vegas Wednesday night, but he won’t be welcomed back again, judging by what happened while he was there. He was thrown out of a hotel bar for “getting wasted and then being extremely unruly,” according to a report from TMZ Sports.

The report provides some details about Simpson’s actions at the hotel bar:

Simpson was drunk and became disruptive at the Clique bar. We’re told Simpson was angry at hotel staff and glasses broke at the bar.

Security showed up and removed Simpson from the hotel. We’re told Simpson was nice to responding security guards. Still, we’re told he’s been permanently banned from the Cosmopolitan.

If that is indeed true, it’ll be the last time Simpson is seen at the Cosmopolitan. At least we have a photo of him there to remember what once was.

Never know who you are going to see in Vegas…. yep, OJ Simpson pic.twitter.com/ginaBY6zwk

All that time spent in prison, but Simpson still clearly has not learned how to conduct himself in public.