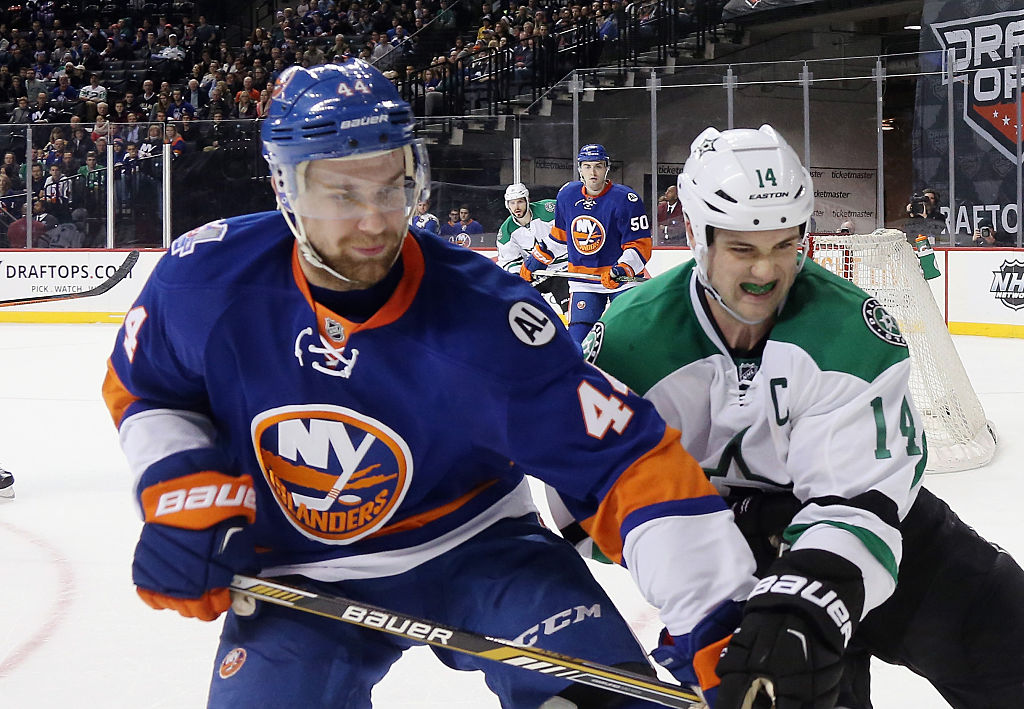 The Islanders begin a quick two-game road trip tonight against the Dallas Stars at American Airlines Center. It’s also the first game of a back-to-back that will bring them to St. Louis to face the Blues tomorrow night.

Alan Quine returns to the Islanders lineup after missing the first 15 games of the season due to an upper-body injury. He spent four games in the AHL on a conditioning stint before being called up on Wednesday. Islanders head coach all but guaranteed that Quine would be in the lineup while speaking to reporters after practice on Wednesday.

Quine is taking the spot of injured forward Nikolay Kulemin, who left Tuesday’s overtime loss to the Edmonton Oilers with an upper body injury. Kulemin was placed on injured reserve on Wednesday and is out indefinitely.

Weight added that it doesn’t look great with his injury, according to Newsday’s Arthur Staple.

Not much changes with the rest of the Islanders lineup aside from that.  The same defensemen as Tuesday will be on the ice tonight against the Dallas Stars and Jaroslav Halak will start in net.

Halak has not started since the Islanders 4-3 loss to Washington last Thursday. Since then Thomas Greiss has started back-to-back games and will get the nod tomorrow night in St. Louis.