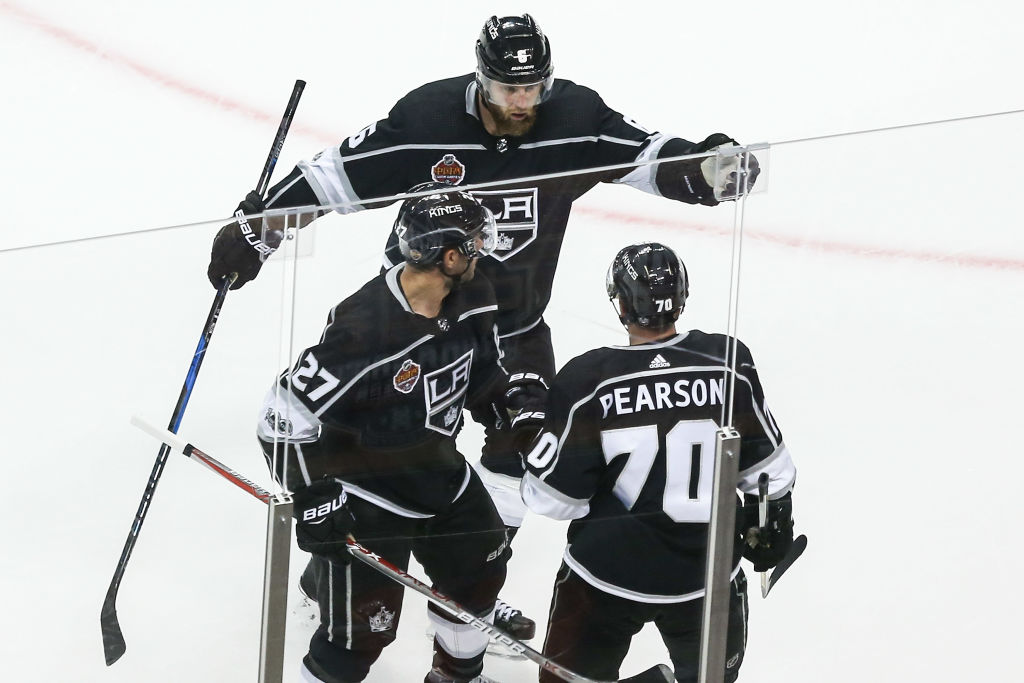 Over 1,000 servicemen and their families were hosted at the game through Seats For Soldiers.

Seats For Soldiers is an annual promotion in which LA Kings fans are encouraged to donate towards a fund to purchase tickets for active and retired military members. This year, the LA Kings organization matched all ticket donations.

During the game on Thursday, the Kings also hosted 15 expectant military couples for a surprise baby shower. Couples enjoyed the game from a fully catered, decorated suite and received gifts courtesy of March of Dimes and the LA Kings.