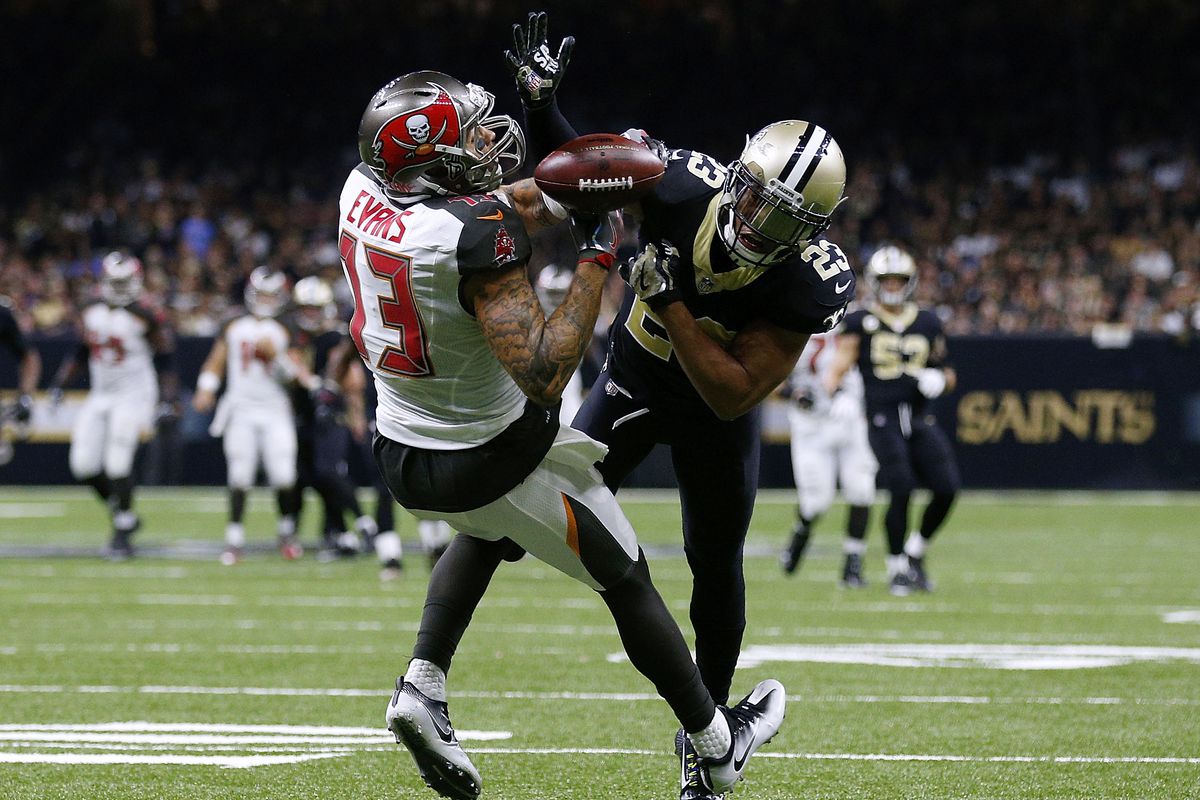 What a difference a year can make. A week or two of good defense is a trend, it can be a mirage, a figment of our imaginations, or just the embodiment of all of our hopes and wishes the few years where we would repeatedly ask ourselves “what if we had given Drew a defense just once”. We now have the answer to that question and it is exactly what we always thought it would be, we’re winning. The Saints defense changes how they play every week to best suite the opponent, but the way they are shutting down the opposition remains the same. The Saints are eliminating the oppositions ability to move the ball down the field vertically. They’ll surrender the occasional break in coverage and the occasional first down, but overall the Saints secondary is absolutely suffocating the opposition. You will hear tales about the weak offenses they have faced and the lack of competition, but those same units don’t have the issues against others they had against the Saints. They shutdown a top 5 passing offense on Sunday, and this week you can expect them to shutdown their opponent again.

On to the grades:

Cameron Jordan remains a fantastic football player and week to week his ability to impact every facet of the opposing offense cannot be praised enough, but the unit as a whole earned the A this time. David Onyemata and Sheldon Rankins aren’t putting up monster stats on the interior, but they are destroying gameplans all on their own. The Bucs got 200 yards of total offense in large part because those two very large men played a major role in the Saints neutering the Bucs. Alex Okafor has been a tremendous signing for the team as he was putting a whuppin on everyone he lined up against, we knew he could bring value as a pass rusher, but his ability to be an asset in the run game while still providing that value has been nothing short of awesome.

The Saints linebackers had not of the issues getting off blocks or in coverage they have had at times the last few weeks. AJ Klein doesn’t get enough credit for his impact on the field by helping make sure everyone is in the right spots at the right times, but beyond his intangible effect, his ability to play in coverage is a massive positive for the Saints. Manti Te’o also had a very good game as he made plays when asked and nearly came up with an interception (but in Saints linebacker fashion he couldn’t hold on). Robertson provides value by his consistency despite his limitations physically, and this unit as a whole had a good game. Klein’s coverage and Te’o’s value in the run game are the reason that the grade was boosted to an A-, and when the weakest unit on the defense gets an A- you can guess how the rest is going to go.

Marcus Williams was a major factor in this game despite having limited statistics (a common theme this season). Wherever he shadows quarterbacks are cautious to throw, and his ability to cover ground rapidly helps prevent big plays. This was perfectly demonstrated early in the game where Williams tossed Mike Evans out of bounds before he could establish himself. Plays like that don’t show up on a stat sheet, but they have a huge impact. Speaking of huge impacts Vonn Bell was a monster against the Bucs, tackles, coverage, a forced fumble, you name it and he did it. Kenny Vacarro suffered a groin injury we have to hope will only keep him out a week, but despite him missing time the Saints safety unit did everything that could have been asked of them.

It’s tough to find many faults with the Saints corners last week, and Marshon Lattimore was so good in coverage he forced Winston to act like a petulant 5 year old and Mike Evans to attack him from behind. Lattimore had one last box to check, and that was facing an elite level talent and erasing them the same way he has everyone else. Mike Evans got more penalty yards (15) than receiving yards (13) on Sunday, the time for questions is over, this kids got IT. Ken Crawley had himself a good day as well and did a good job of not giving up any big plays, and PJ Williams did an excellent job of stepping in for Vacarro in the slot. There just weren’t many plays where you could find fault with the unit, and Lattimore pushing Winston over the edge is plenty of reason to give this unit all the pluses there are.