Mike Yeo isn't a fan of the shootout, but admits it's good for hockey 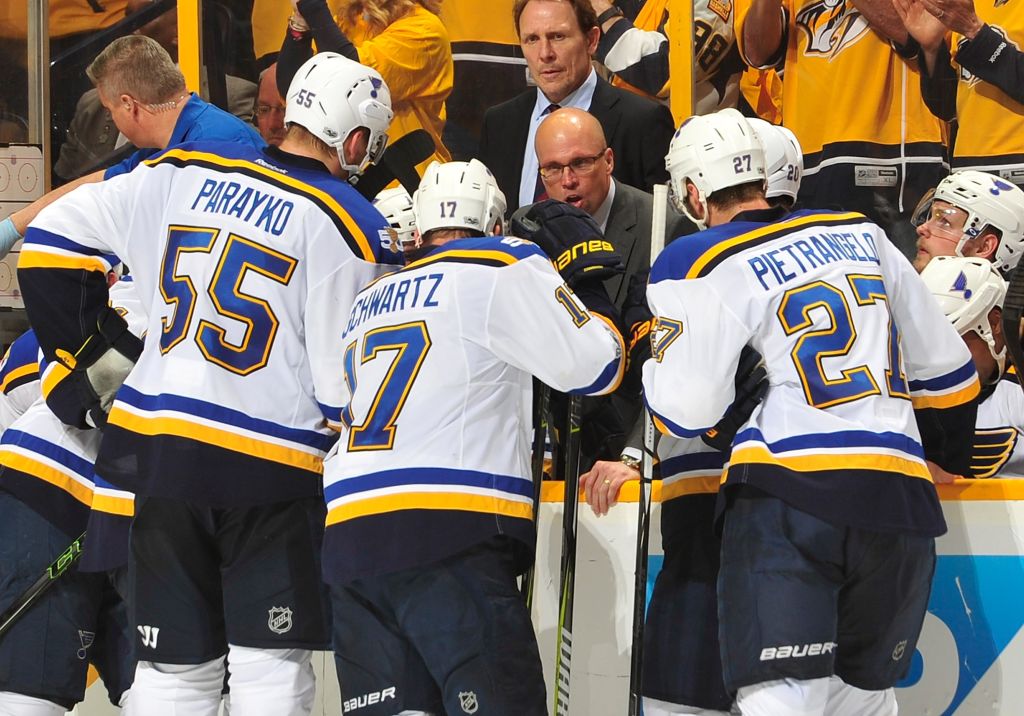 Mike Yeo isn't a fan of the shootout, but admits it's good for hockey

The St. Louis Blues continued their hot start to the season, beating the Arizona Coyotes in a shootout on Thursday. Picking up their second shootout win of the season, the Blues pushed their overall record to an impressive (and crazy) 13-3-1.

Despite a perfect 2-0 record in the exhibition contest, head coach Mike Yeo still isn’t a fan of the shootout. However, though he personally doesn’t like it, he understands that it may be good for the game of hockey.

Yeo’s comments as seen in STLToday:

“I think it’s good for the game. I think we need winners, but I don’t know if there’s too many coaches that get excited about the feeling.”

When expanding on the topic, Yeo explained why he doesn’t like shootouts.

Yeo’s main point of criticism is a view shared around the NHL both by a large number of coaches, players and fans. There’s no denying that the shootout is exciting, but it is always a bummer to see a tight game decided by what amounts to a coin flip following what was probably a thrilling 3-on-3 overtime period and a tight 60 minutes.

Ties in the NHL were pretty anticlimactic. Walking out of an arena after watching a game end in a tie was a pretty bizarre, unsatisfying feeling. You’re not going to hear any hockey fans reminiscing about the days where ties were common in the NHL.

While it is nice to have a decisive conclusion in every NHL game, are shootouts the best way to make that happen? Maybe, depending on who the NHL is trying to appease. There’s no denying that the shootout is appealing to casual and non-fans, which is a major selling point.

The addition of 3-on-3 hockey in overtime has helped reduce the emphasis of the shootout. Some could easily argue that 3-on-3 is yet another gimmick introduced by the NHL that ruins the integrity of the game, but at least it’s closer to actual hockey compared to the shootout.